One day I was getting ready for a meeting and was half-watching a social commentary programme on TV. There were two presenters commenting on various things that had taken place during the week. They showed a clip of a young guy who was giving a speech on behalf of his class at their graduating ceremony. Suddenly, this graduate moved away from reminiscing about their past together and inspiring his peers through postulating about the great futures that lay ahead of them, and instead began to “slag off” the lecturers and the university. As he did that, two men came onto the stage, positioned themselves on either side of him and physically lifted him away from the podium and off the stage. What I found particularly interesting was the presenters' commentary on the situation–they began mocking the young man for his “typical change-the-world speech”. I was frustrated at how representative their comments were of society's current stance towards those who stand up today and say they want to change the world.

Two things came to me as I reflected on what I had just seen:

1. We all have a “change-the-world speech” inside of us
2. If we're not careful, something or someone will carry us away from our “podium”' and those dreams don't become a reality

A Life of Significance

I believe we are living in times where God will raise up people in this generation, who He will use to do significant things in the world to fulfil His purpose. I also believe that for most of us there is something deep on the inside that cries out, “I want my life to count!” We're all made in the likeness and image of God and we have something on the inside of us that longs for a life of significance–to live a life where we look back and feel we have made a difference. What's your “I want to change the world” speech? The world needs people who stand up with a “change-the-world” speech.

A World Crying out for God to Intervene

Just like in the time of Gideon (see Judges 6), our world is full of people crying out, “God, if you're real, I want you to come and get involved in my life–rescue me!” Gideon came from a generation of people crying out to God, and I wonder just how many people all across our world are doing the same today?

God uses people to intervene in the lives of others. He uses people just like you and I to make a significant difference in the lives of those around us–just like He used Gideon. In response to the people crying out for God to rescue them, the Lord said to Gideon, “I am sending you” (Judges 6v14) and He used Gideon to make a difference in his generation.

Carried Away from your Podium

Perhaps one of the biggest obstacles to living a life of purpose and significance is simply our own “self-talk”–the way we see ourselves and what we believe about ourselves. Gideon's self-talk was, “I am from the weakest tribe, and I am the least in my family”–he told himself he was the weakest of the weak. But God saw Gideon differently: “Mighty Hero!…Go in the strength you have, and rescue Israel… I am sending you!” God spoke to that thing deep on the inside of Gideon that cried out, “There's more to me than what my circumstances dictate or even how I see myself.” God spoke to Gideon's “change-the-world speech”, and called him, “Mighty Hero”.

I saw an interview with Mel Gibson just after he made the movie Braveheart. The interviewer asked him why he made the kind of movies that he does and he replied, “I believe people like going to movies where [characters] rise up out of their circumstances and become heroes, and they identify with that, because there's something on the inside of everyone that would like to be like that.” That's what God spoke to when he spoke to Gideon–that thing on the inside that longs to be a hero.

Heroes are people who stand up, make a stance, pay a price, sacrifice and do something that is beyond themselves for the benefit of someone else. They are rewarded, celebrated and given prominence for their action, yet that was not the reason for them doing it in the first place. They did it because it needed to be done. The world is a better place because of people who have stood up and said, “I can make my world a different place. I can make my world better.”

What will happen to your “change-the-world speech?” Decide to be someone determined to stick with it–someone who has a fierce tenacity and determination, who won't be easily knocked off your podium. Or are you someone who, through circumstances, or the voices of others, or simply your own self-talk, has already been knocked off your podium? Well if so, maybe it's time to get back on. What's the “change-the-world speech” inside of you?

It is God's plan and desire to use people to make a difference and use His people to impact the lives of those around them for His purposes. If you're someone who is looking around at the world in which we live, and sees the cries of people calling: “God, if you're real, rescue me!” then just like Gideon, God will speak to that thing inside of you that longs for a life of significance. The Lord is raising up people in this emerging generation of influence, and His word for you is, “I am with you…go in the strength that you have…you are a mighty hero.” 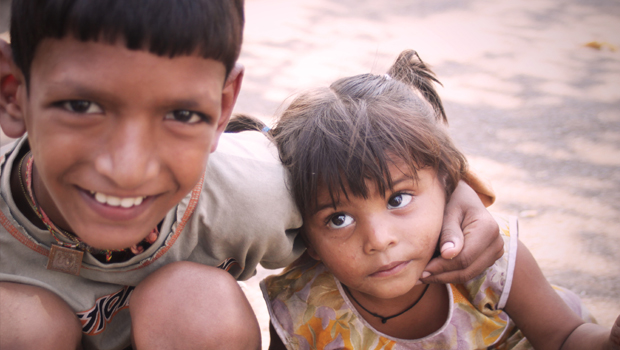 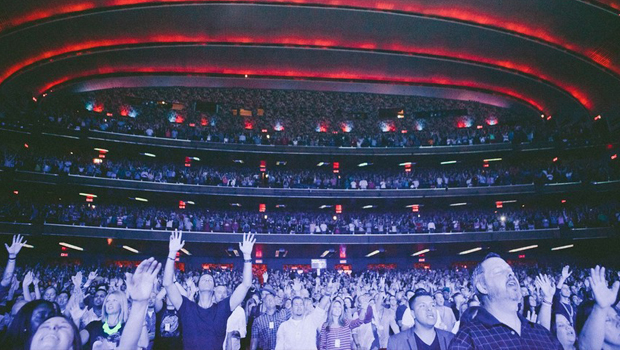