Making Of: Born Is The King 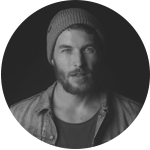 One of the most common sayings we hear frequently in film production is “Never work with children or animals.”

For most of the productions we’ve been a part of that would be heavily considered, but this latest project from our Hillsong Creative team is the biggest exception. Take a look…

The project’s Creative Director Salomon Ligthelm writes below of his experience in carving out this fun Christmas video with the team.

Here, in the southern hemisphere, Christmas looks completely different to what it does in the rest of the world. It is neither cold, nor white, but it is true to everything it should be true to – gifts, family, friends and ultimately a celebration of the birth of Jesus.

When we approached the music video for the song ‘Born is the King (It’s Christmas)’, we thought about what Christmas had to be celebrated for – not for the cold, white stereotypical images that we are so accustomed to, but because we can enjoy the birth of our Savior with friends and family – (in a forest!)

This project was fun from the outset. A bunch of us on the creative team sat down to come up with a fun/easy concept that would communicate the heart of Christmas in a short format film. Our simple concept quickly turned a bit tricky as we started thinking through props and wardrobe and locations, and on top of that, we were going to have to deal with over 20 children for more than a few hours on a hot day.

The initial idea was to have Matt Crocker act as the ‘Pied Piper’ – leading a whole entourage of kids to a massive present, obviously the idea went through a few revisions as we felt like the BAND vs KIDS dynamic could be more interesting.

The process of getting this film off the ground is outlined below:

3. Storyboards were created with Penultimate, and paced out against the length/dynamic of the track [see a few storyboards below]

4. Approximately seven locations were scouted before we decided on the location seen in the film.
– Location scouting is often one of the most difficult things in the pre-production process. Finding the location that has the right ‘look’ is one thing, finding the location that has the right ‘look’, facilities and price-tag is another.
– After scouting around and coming up with half-decent options, someone made mention of this forest that had been used in other church projects before. We looked at the footage and decided to go check it out for ourselves. We immediately felt a right about it (it was land owned by a couple who attends our church – making it all the easier).

1. We shot on three different cameras with a variety of different lenses.
Here are some of the technical details:

3. The shoot took 5 hours before we lost the sun, but we were surprised what we were able to capture in that time and avoided a second filming day. To work swiftly, we had many hands on set that helped with video card transfers to hard-drives, overseers of kids costumes, builders who put the present box together, assistant-director who organized logistics and schedules on set, production coordinators and mums who helped facilitate productivity between shoots, making sure the kids get moments of rest, time to eat etc. The right crew is so important.

1. This was one of the most rewarding processes of making this piece. We had two people work on the edit and it was very rewarding seeing even a draft cut. The kids were phenomenal – even from that first edit, it was evident that we had captured such a fun and exciting moment in the lives of these kids. The present box was only opened once – you can imagine our excitement as we looked back at the footage for the first time – seeing the kids’ expressions as the box fell open. We spent about three days working through a draft cut and then another two days finessing that cut into what it is today.

2. Color grading was done using Magic Bullet and After Effects. We went for a slightly vintage/analog look, Magic Bullet Looks’ Lift/Gamma/Gain control for warming the highlights, we used Hue/Saturation and Luminance controls to define color ranges and saturate colors, Curves for contrast and raised blacks, a High-Pass filter for a slight analog feel

This entire film was shot on a very minimal budget for props; the strength and talent of a handful of staff and volunteers made it happen.

I hope you enjoyed it! 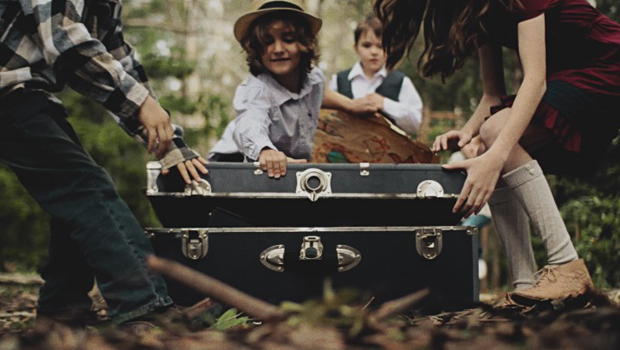 Making Of: Born Is The King
One of the most common sayings we hear frequently in film production is “Never work with children or animals.”
Salomon Ligthelm