NO OTHER NAME Times Square Shoot 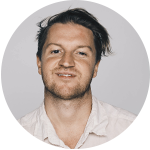 I’ve been thinking a lot about propaganda lately. It’s such a negative word, conjuring up such negative images, but in its essence the concept is actually neutral. I looked up the Latin origin of the word and found it was ‘to spread’ or ‘propagate.’ Other definitions that I looked at talked about ‘influencing an audience with an agenda’ and using a ‘loaded message to produce an emotional response’. I imagined what it would be like if that ‘agenda’ was pure and good. If that ‘loaded message’ was used to provoke someone’s emotions in a way that would point them to Jesus. And I started to get a taste for taking the word ‘propaganda’ back and giving it new life.

The original idea around ‘No Other Name’ was to create a propaganda campaign that challenged any name that asserts itself as greater than the name of Jesus. Whether it be a name that is associated with success, wealth or fame, or a name that speaks of failure and lack such as sickness, depression and poverty, His name – the name of Jesus – is greater.

When our fearless Creative Pastor, Cassandra Langton, made the decision to call our upcoming Hillsong Worship album ‘No Other Name’, I thought of a WILD idea for the album art… to take over NYC’s Times Square billboards with the current ‘No Other Name’ artwork. Times Square – one of the most iconic locations on earth – is a place where so many names scream for fame. The most powerful brands, biggest shows and famous celebrities, every name wants to be the greatest! Perhaps this would be the most powerful way to remind the world HIS name trumps them all.

Having the idea was one thing, but we didn’t even know how it could be possible. To be honest, my first thought immediately following the idea was how much would it cost and I immediately assumed it would be tens of thousands of dollars that we simply didn’t have in our church album budget. And, after some late nights of managing time zones whilst making calls to advertising agencies in New York, it was looking dim.

By the grace of God we landed an amazing deal with an advertising agency that could get us several billboards for a few minutes for very little cost. It was scheduled for after midnight – definitely not peak time and so not many people would be around – but we decide to give it a go.

After flying for 24 hours and spending two days planning with our Hillsong NYC creative team, the moment arrived – 12:30am in Times Square, 2 degrees Celsius, our photographers and videographers ready, a few hundred people gathered.

And it didn’t happen.

It was frustrating and confusing. Had there been a technical glitch? Due to the time being early morning we couldn’t get through to the advertising agency to see what had happened. All we knew was that the video never came up. We returned to our hotel around 2:00am feeling pretty down about the situation. We decided to pray about it and contact the advertising agency the next day. We had a hunch that, knowing God; He always has a greater plan.

The following morning I woke to a call from the agency that was extremely sorry about the error on their end. To make up it, they decided to give us 21 billboards for a fraction of what it would normally cost. Furthermore, the video would be up on the screens for an hour free of charge and we could pick any time we wanted. Anyone who works in marketing or communications would know that the value we got for such a little spend was truly a miracle.

So there we were the following day, Thursday 24th April at 9:15pm, watching in awe (and with cameras ready!) as one end of the iconic Times Square was covered with the name of Jesus and the phrase ‘No Other Name’. 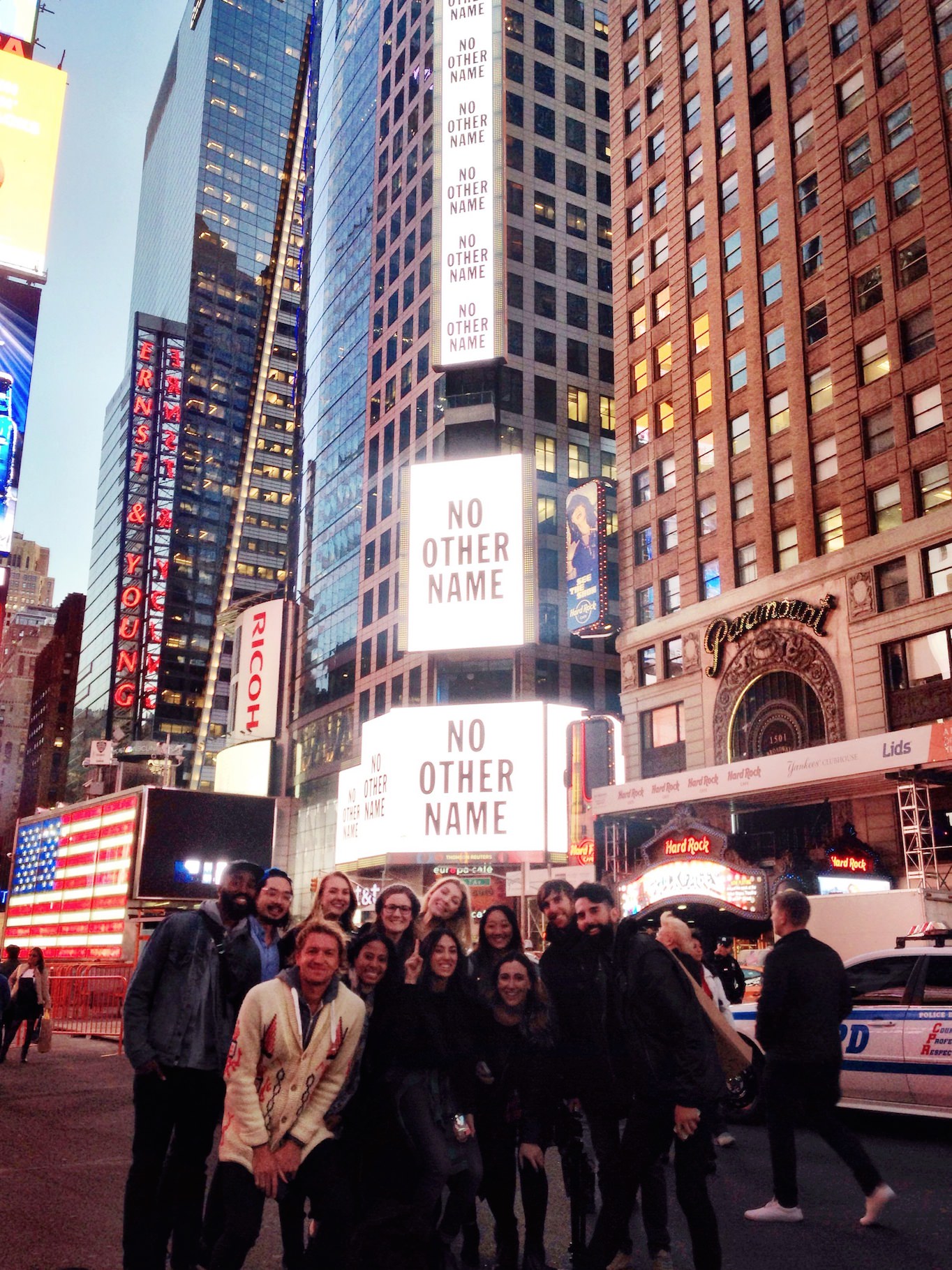 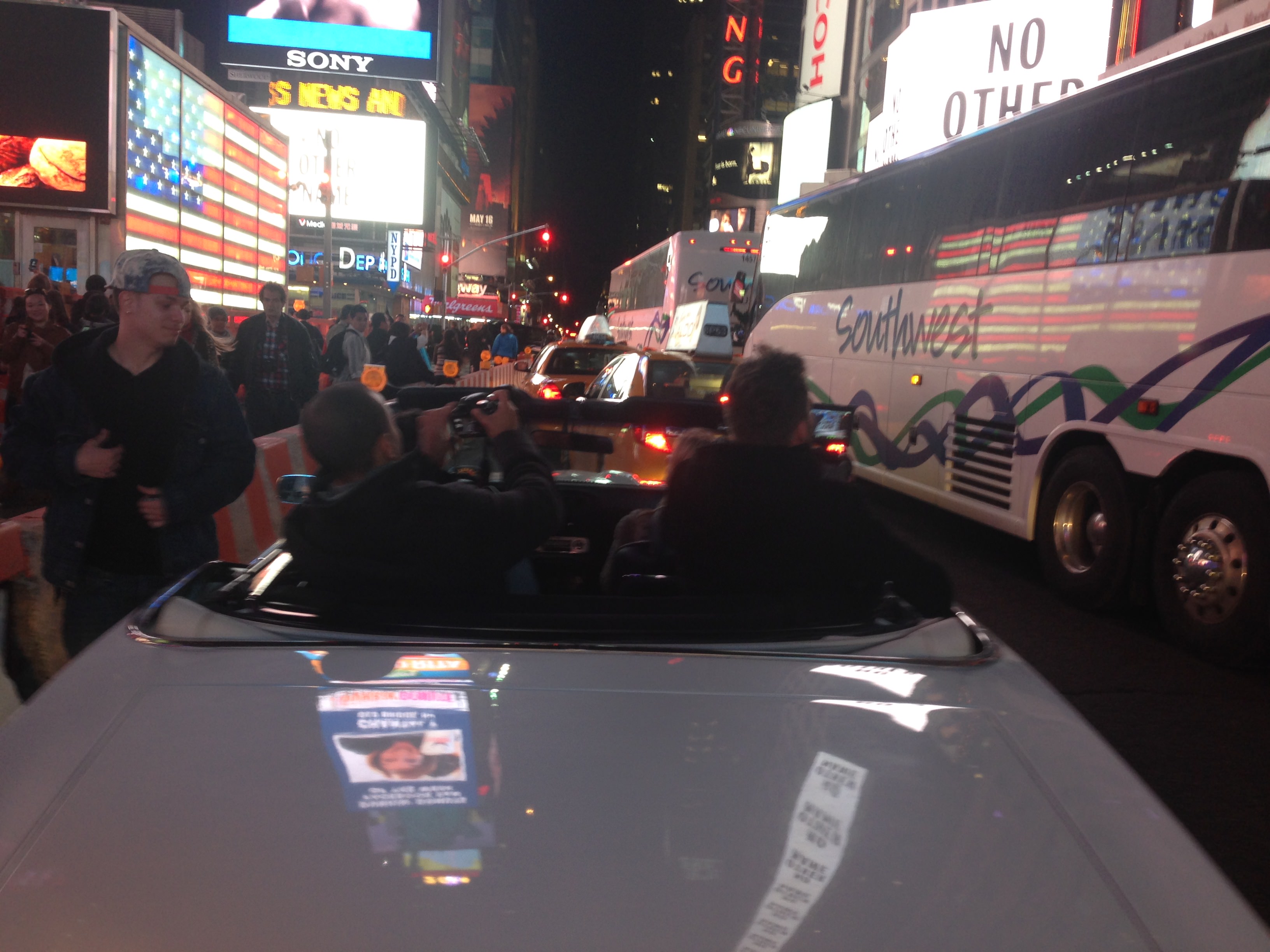 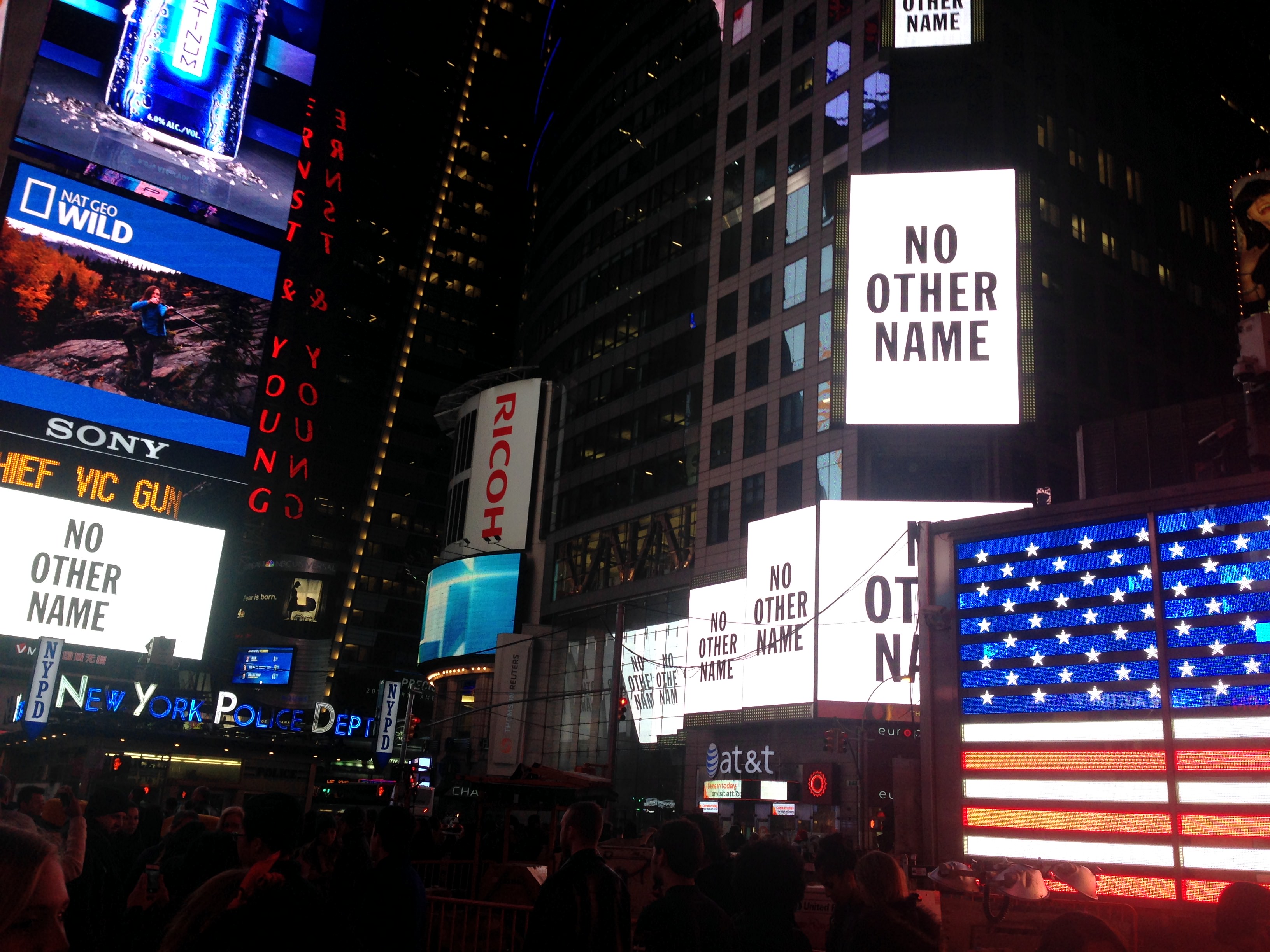 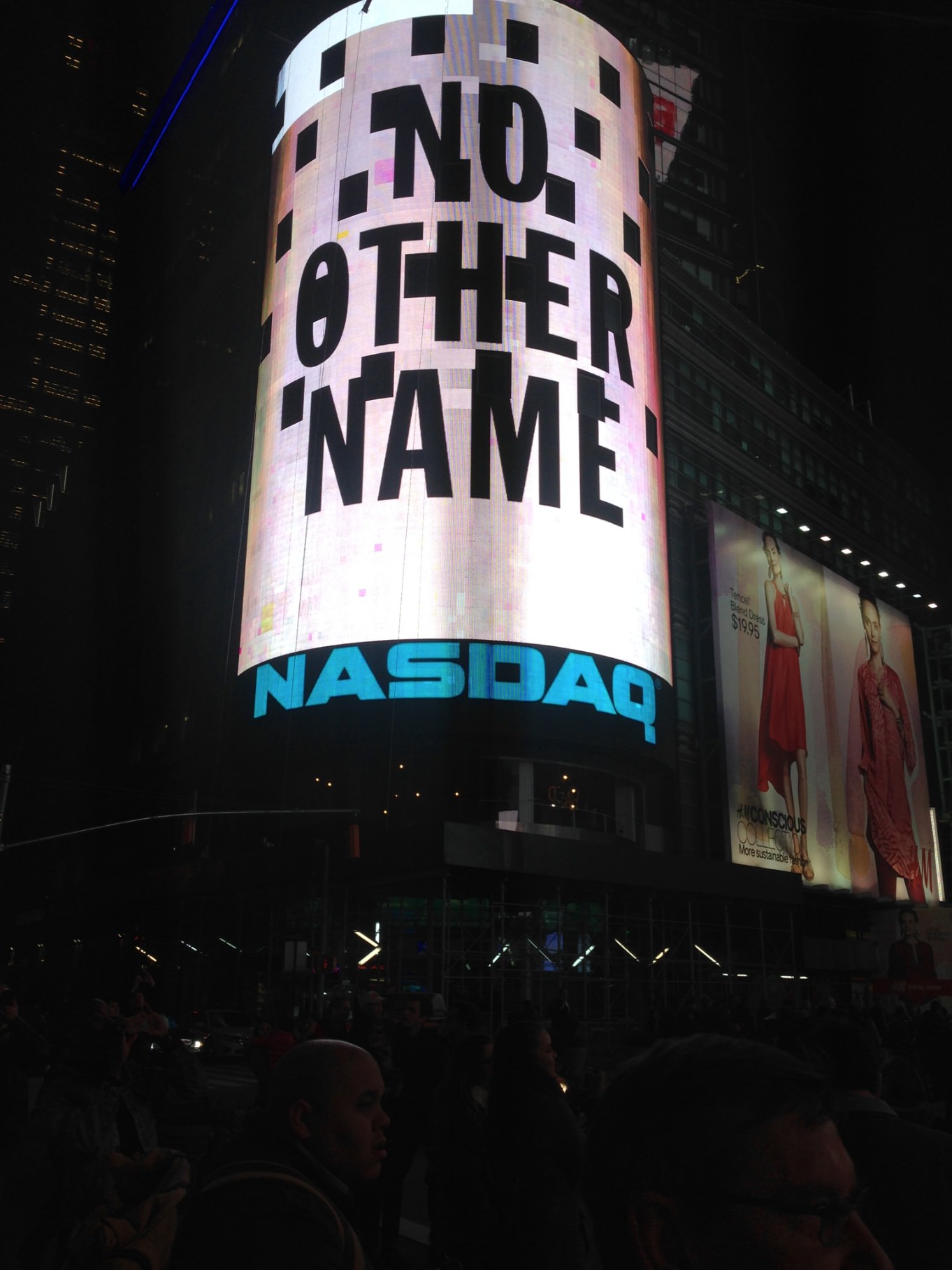 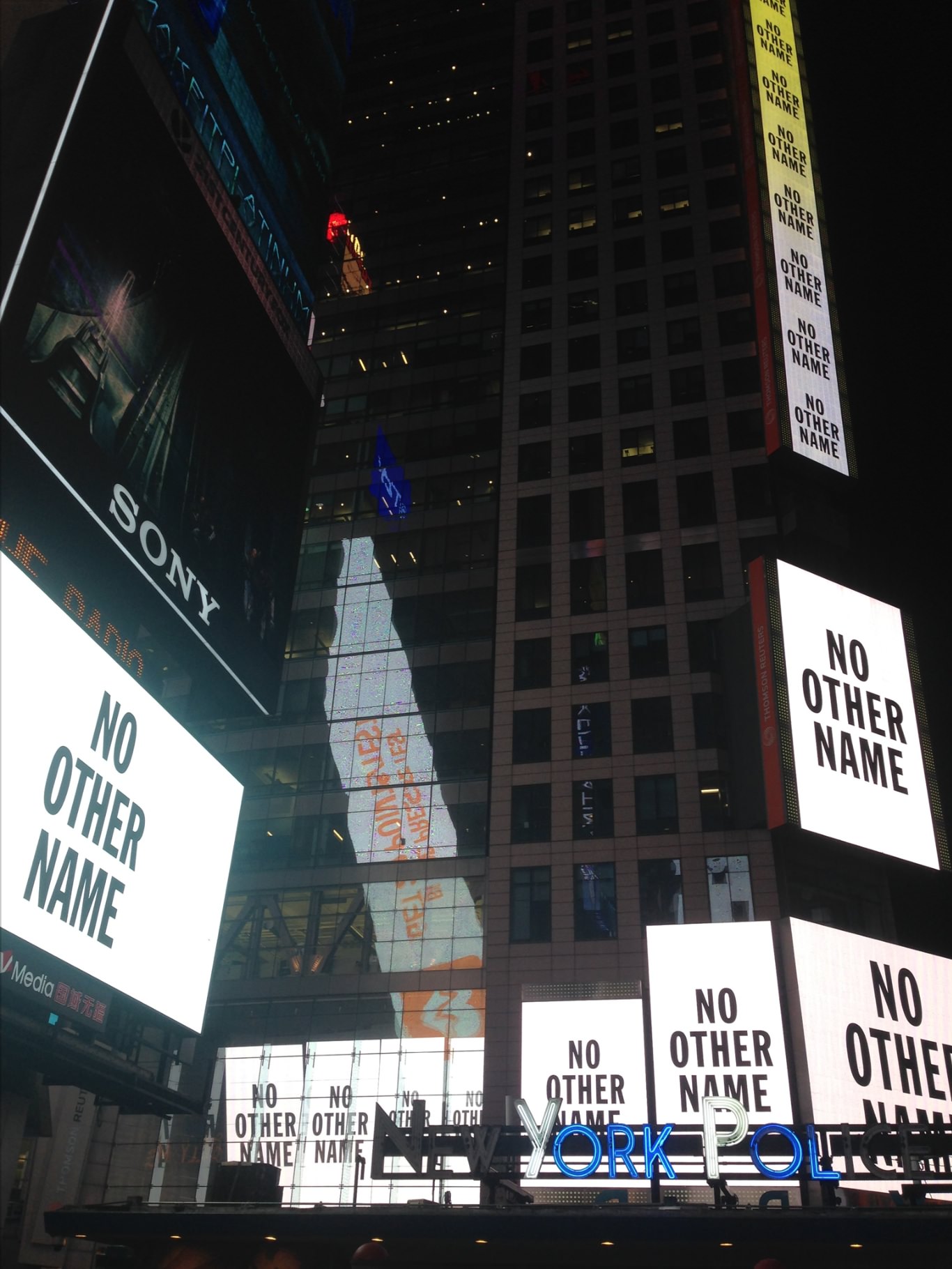 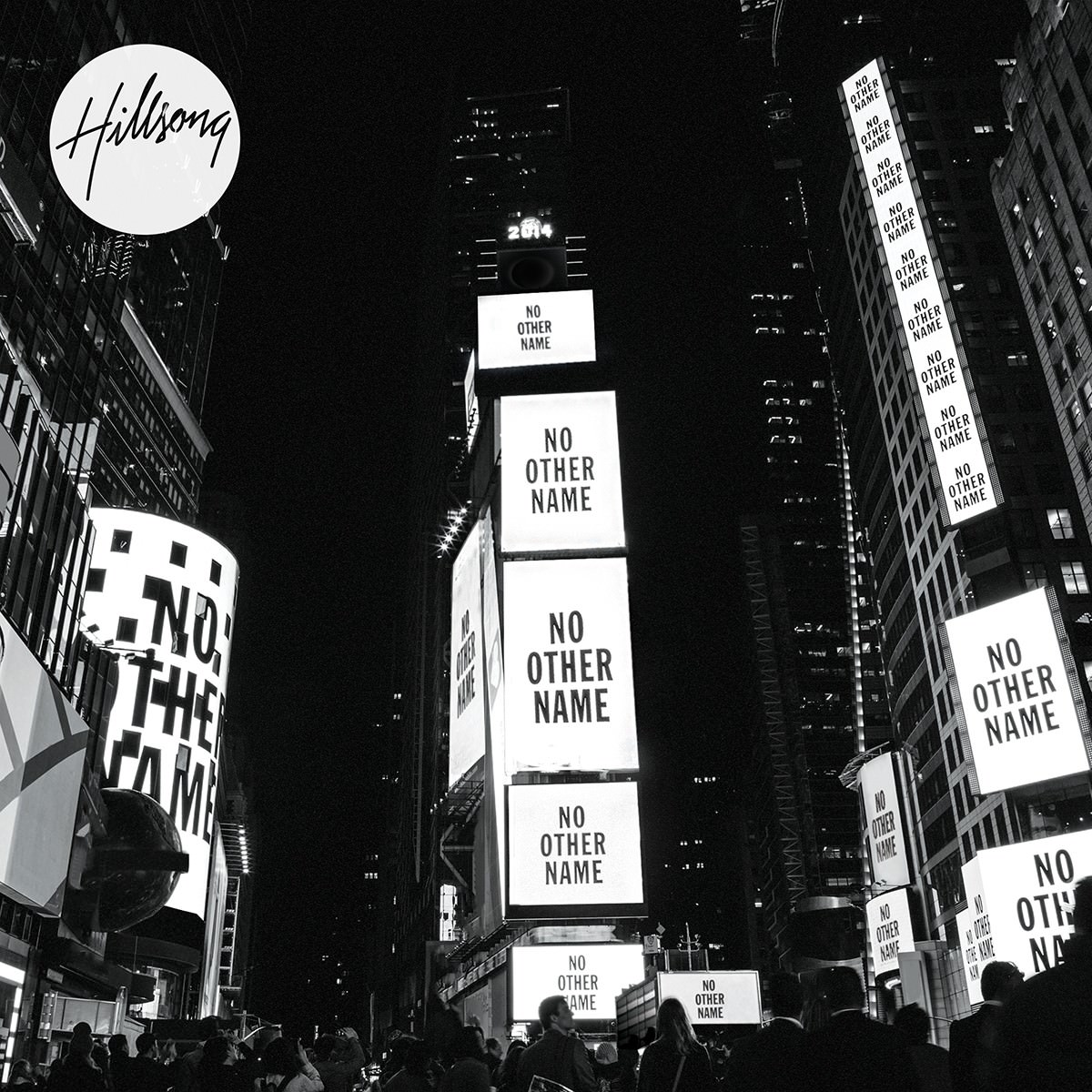 It was a moment I will never forget. Most interesting of all, were the murmurs from onlookers, as they talked amongst themselves, trying to work out what ‘company’ was being promoted and why there was no ‘brand’ or ‘logo’ attached to the ‘ad.’ Connecting the different frames from the video and realising that the phrase ‘No Other Name’ was referring to the name of Jesus.

As a young boy, I always thought Matthew 24:14 was a verse to be understood very literally and that for Jesus to come back we would have to share the gospel, verbally.  And of course there’s nothing like sharing Jesus in a chat with someone. But today, I think about this verse a little differently and I am inspired by how creativity, out of the box thinking and potent statements – propaganda for good! – can invite people to consider the truth that there is No Other Name than Jesus. And I think that last week, maybe a little bit of Matthew 24:14 happened on the screens of Times Square. 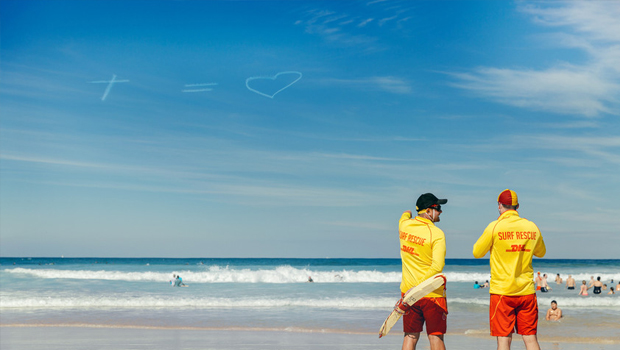 ✞=♡ written across the skies
For the last several years we’ve been writing ✞=♡ in the skies of our cities at Easter.