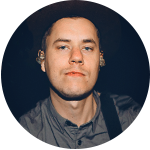 I literally grew up in Hillsong Church – I started going when I was 11 years old. At the age of 16, I was already playing guitar at church and I think I was the youngest musician on our church platform at the time. People like Reuben Morgan taught me music theory, and guitar, etc. If it wasn’t for our church, I know I wouldn’t be half the creative person I am now. I mean, how many 16-year olds actually get the chance to play with professional musicians on a weekly basis?? I was nowhere near good enough; by the way… it sure made me work hard.

All of that to say: I know the importance and influence that our church has had in my life, so to be a part of this year’s annual worship album has been a huge honour!

At the start of this project, there was a lot of talk about our goals going into it – how fresh or how organic we wanted it, how fast or slow the songs should be, etc. but we ended up deciding that most of that wasn’t as important as creating honest worship music. So we let the church decide – some songs worked straight away, others didn’t go down so well.

Before recording the songs live in church, we spent a few weeks working on them at 301 Studios, one of my favourite studios in Australia. The guys had a few finished songs that the band hadn’t heard before, so rather than having them listen to a completed demo, we set it up so the band would just play along to the song while they listened. Some amazing stuff came out of that situation…”This I Believe” and ”Broken Vessels” are great examples of bringing a beautiful song to a bunch of amazing musicians who worship the Lord in the studio. The piano part that Autumn Hardman played at the start of ‘‘This I Believe” happened so effortlessly, as did the guitar part in the bridge of ”Broken Vessels”, that Dylan Thomas created. There is an amazing chemistry that happens when Nigel Hendroff and Joel Hingston play guitar together. They are both very sensitive to their harmonic surroundings and seem to have a 6th sense of creating space. They also seem to have a way of complimenting the vocal melody with their parts. One of my favourite vocals on the album is Marty Sampson singing “Depths”. I get chills every time I hear it.

The album was mixed by Sam Gibson in the UK – he has done the majority of our church albums since 2006 (United We Stand was his first with us). He’s an awesome man of God who says he loves to work with us because he truly believes in the cause. When making albums, he doesn’t just put on a mix hat; he actually puts on a worshipper hat and mixes the songs with a huge amount of conviction.

I guess what it all boils down to for me, is what happened at the opening of our Hillsong LA church recently… We played and sang ”This I Believe”, then Pastor Brian got up and said, “In case you want to know what we’re all about and why we do all this, it’s all in that song”. I’ve heard the Apostles’ Creed since I was young, but to hear it in this way has made it fresh to me: the words have weight again, almost like my soul has digested those words for the first time again.

I guess that’s the goal with worship music: we are nothing amazing next to God, but if we can be used as a creative vessel for His word to have fresh life in people’s souls, then I am always honoured to be involved in any way I can.

Life and Lessons from the Studio
We asked him to share some quick practical lessons he's learned from life in the studio and here's what he had to say...
Michael Guy Chislett 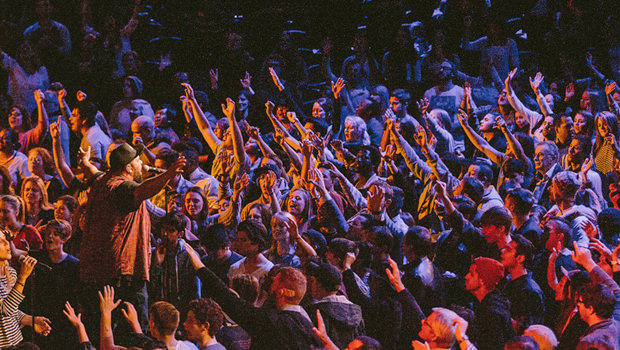