No Other Name Across Europe

One of the things I love most about living in London is that the rest of Europe is right on our doorstep. Over the last few years we’ve been able to send worship teams out to cities all across Europe, from Paris to Zagreb, and from Madrid to Tallin in Estonia.

Everywhere we’ve been has two things in common: Firstly, there are always people who don’t know Jesus that we want to reach. Secondly, there are the people who are so on fire and passionate for Jesus, it’s nothing short of inspiring.

The last couple of weeks for us as a team have been pretty amazing… We started out in Budapest, Hungary, where 10,000 people gathered from near and far to worship, including countries like Serbia, Romania, and Latvia. The night blew all our expectations. To- wards the end of our worship set, Reuben put out the invitation for people to step into a relationship with God… There was a sea of hands raised around the arena, it was incredible.

The following week, we were in Catania, Sicily with 3,000 crazy, passionate Italians.  At the end of the night, after the last song, note, and cymbal crash was played, the crowd just kept singing. They sung, they kept singing, then they sung some more…We ended up leading a bunch more songs as they refused to leave. I love that about worship though… When you find yourself in the presence of God, you just don’t want to leave, and why would you!

The next week, we were in Holland at Opwekking Festival. We were leading in the ‘small’ youth tent… There were about 10,000 young people crammed in. With it being a hot summers day, it definitely wasn’t the most pleasant smelling tent, but the presence of God was so tangible. This has been one of my favourite worship nights, seeing the journey of people in worship from the start of the night to the end of the night was inspiring. It was obvious the Holy Spirit was at work in people’s lives, breaking down what- ever kind of walls people had put up and allowing God to breathe life and hope.

It’s evident God is moving across the church in Europe; and I’m so humbled that he would use ordinary people like us in his plan to reach people. I still pinch myself that I get to do this, and do it alongside the most incredible people.

Now we’re HOME and we’re ready to declare over Europe that there is NO OTHER NAME but Jesus, as we head into our new Hillsong Worship album and Hillsong Conference. 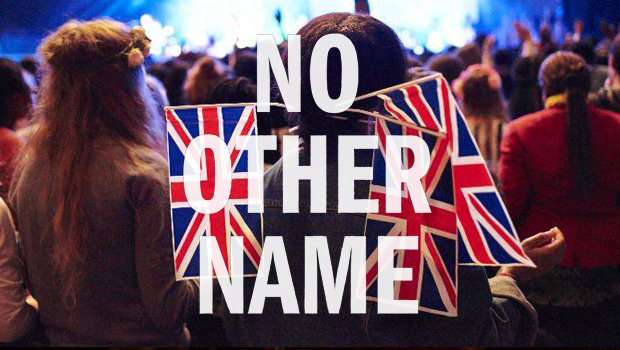 No Other Name Across Europe
It's evident God is moving across the church in Europe.
Jay Cook