This 16 year old Aussie teen is changing the world in the most unorthodox way and you’re gonna love it.

In a society consumed with an obsession of self and unanimously labelled by the experts as the “selfie-generation[i] “ This teen is altering culture by fixing her attention on the things that matter.

Laura Frost, age 16 is changing the world one person at a time through her campaign to help less fortunate teens.

Founder of the campaign “revival2survival,” her mandate is clear – to give practical assistance to homeless youth across the city of Sydney. According to Mission Australia; “1 in 7 teenagers are at risk of homelessness.”[ii] Hitting a relevant issue and starting the campaign mere weeks ago, it has grown to involve high schools all across the city!

Miss Frost says; “The reason why we started this movement was because we thought that “homelessness” was kind of an uncomfortable word. It wasn’t talked about in our schools and people tend to not feel confident talking to homeless people in general.”

Taking the uncomfortability out of it – firstly their crew started a fundraiser with bake sales filled with delicious treats to share with their friends as they raised awareness. Miss Frost did anything she could to warm up the issue and make it easy to swallow for her friends…whether it was through conversation in the school playground, to hosting trivia nights better than Gatsby, where talents could be shared. From there they were able to start to collect non-perishable items, warm clothes and blankets to give away. What a genius!

As the winter season starts it’s no secret that many homeless youth are found wandering the streets in cities everywhere. Therefore Laura and her friends wanted to start to do what they could to help others who might not have a warm bed, comfy blanket or Netflix to fall asleep alongside at night.

Youth homelessness is an issue close to her heart, with a friend of hers – It is because of this that she believes other teens stepping in to help other teens, just like themselves, is the very key to unlock change.

“We feel like this movement is spreading a message of love to those who need it most and even though this is a fairly new campaign – we have already contacted heaps of other teens that want to get involved to ‘be the change’ in their city.”

The movement has spread like wildfire – already – with 12 high schools locked in to work together! Their goal is to raise $12,000 by the end of the school term with the hope to donate laptops and hygiene supplies to homeless shelters across Sydney.

Laura and her friends have done the research and discovered that a significant reason for youth homelessness has been a lack of access to information about Centrelink[iii] which is a service accessible to provide assistance for the homeless.

Keep your eyes out for Laura Frost and her friends taking their world by storm – You can follow them on Instagram via the name revival2survival for more information! 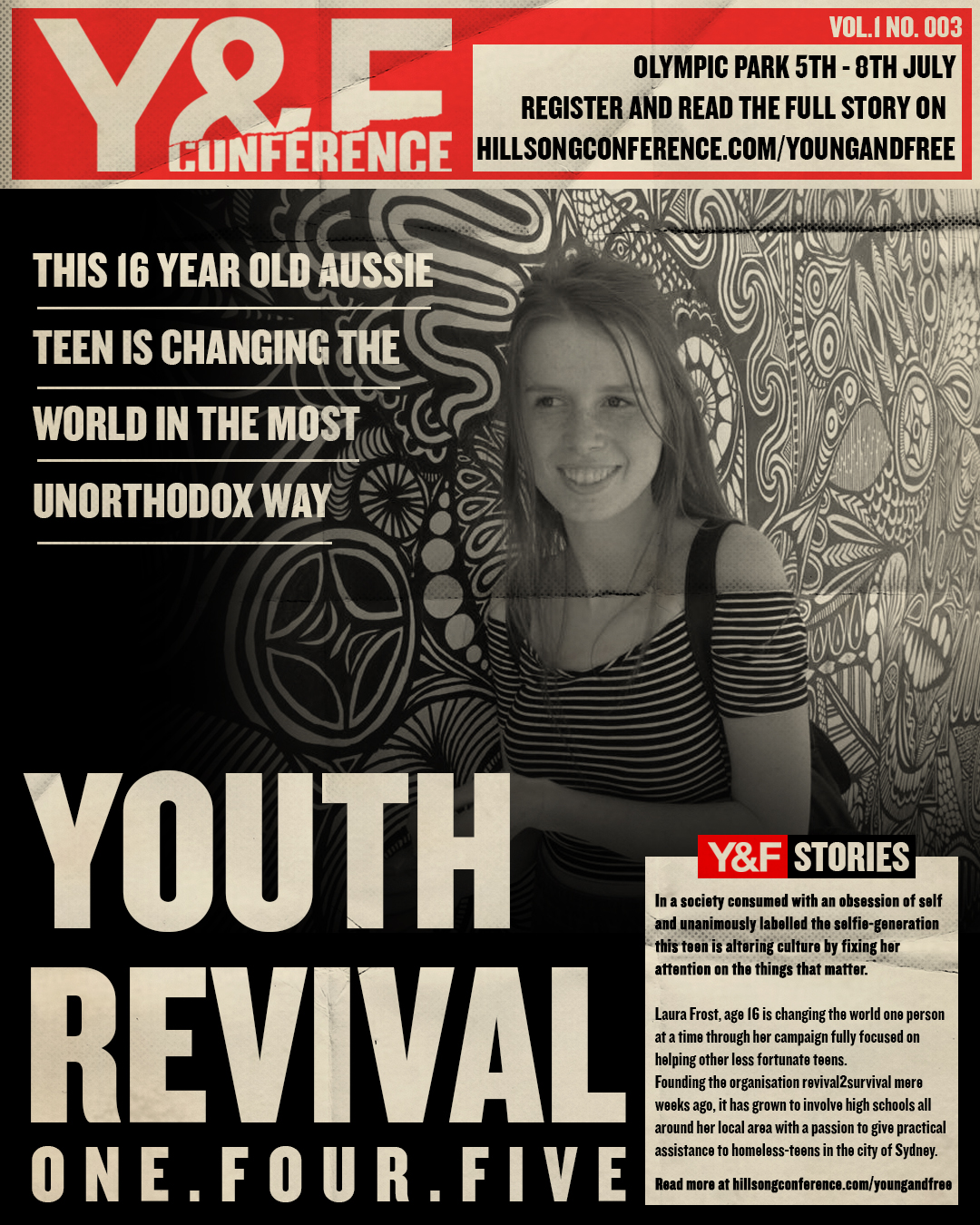 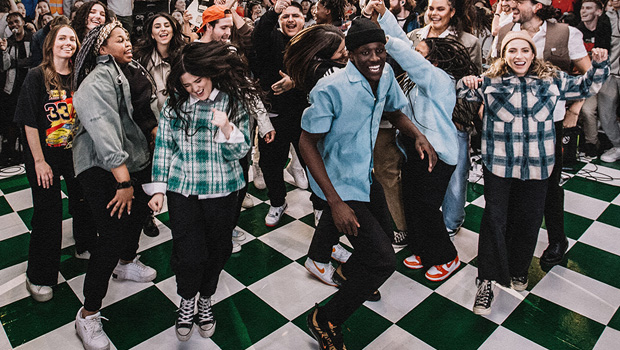 New Song: Phenomena (Da Da)
You are the reason for life, the air inside my lungs
Young & Free 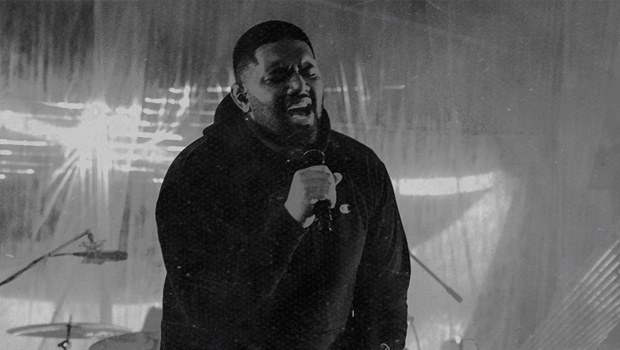 Lord Send Revival: About That Night
Jesus’ tangible presence spoiled us in that room
Young & Free 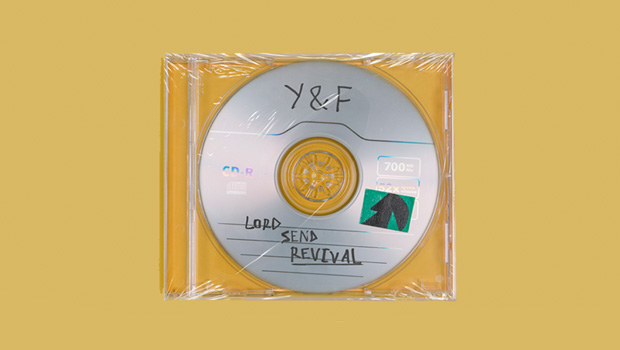