In September our entire Hillsong ‘Sisterhood’ got behind the A21 WALK FOR FREEDOM walks. Up and down Australia and then in our global locations and cities around the world, the girls came out in force to raise awareness and make a stance against Human Trafficking. Within the heartbeat of the greater Sisterhood message (that is committed to the value and worth of women everywhere), lies deep concern for the plight of millions of innocent souls who have been entrapped into an industry that is both criminal and horrific.

I had the privilege of being in Los Angeles and was able to join the LA WALK. I’m grateful for my friend Christine Caine and considered it an honour to pray for those walking before we set off and walked the streets of downtown Los Angeles.

Slavery is NOT OKAY with us Hillsong Aussies! To bring awareness, and in our small way, speak up for those who cannot speak for themselves, we walked in silence and prayer for all those still entrapped in slavery. Maybe our silent prayers unlocked an answer for some dear individual who is wondering, does anyone know or care? The answer to that question is YES… from what is affectionately called the Australian Top End, Darwin, right down the east coast to the island state of Tasmania, and her capital city Hobart… hundreds of people care and came out in force to bring awareness and make a statement… slavery is NOT OKAY!

Princess Eugenie’s statement to the London Walk for Freedom.

“I think courageous is a brilliant word to use today. It is the millions of people in slavery that you are courageous for today. Whether it be forced labour or victims of sex trafficking, they are the people who we are brave for. They are the people we fight for, have courage for, as without every single one of you walking today, they would not have a voice.

Days like today, and people like you leading by example, can change so many lives. Today, you give hope, by speaking up for victims of modern slavery, when their lips are sealed.

I also want to thank you ALL for supporting A21 and so many other organisations across the world fighting Modern Slavery. Without you they could not do it and would not be able to touch and change the many lives that they do. With strong teamwork and us all coming together we can really affect change. This is just the beginning…”

We walked with around 700 participants through Midtown Manhattan. We were favored by the New York City Police Department who escorted our entire walk and shut major avenues in Midtown Manhattan on our behalf! Many kids were asking their parents about us as we passed by and we saw many families having conversations as we walked!

We also walked in New Jersey with around 200 participants including many families. Three survivors of labor trafficking who worked for low wages in a hotel and lived in an apartment with 40 other people, found out about our walk and joined us!

On October the 15th, hundreds walked in some of the very well known streets of Paris and Lyon to pray for the 27 millions still trapped in slavery and to reach many who were witnessing the walk.

It was also a very positive highlight to have 15 policemen there to help facilitate the walk who were really impacted by the walk and the way it was done!

One actually told his colleagues what he was going to do this Saturday when he heard he had to work with us. He told them about human trafficking and the reality of it. We can’t wait the see the impact of the walk in Paris and Lyon!

For our church in Konstanz this is our 5th annual Walk For Freedom! To see how this has grown and spread is incredible! This year 15 walks happened across Germany and for the first time 2 in Switzerland. As Hillsong Church we had the privilege of hosting 3 and joined another 2 walks in our new campus cities of Zurich and Munich.

As we walk silently through the streets, many with mouths taped up, I’m aware that in the unseen realm the sound of walkers praying is LOUD! One of the many highlights for me is the buzz amongst the men who enter into conversation with shocked shoppers and passers by. Making people aware of the reality of human trafficking is important! So many people still don’t know.

This was our first walk as Hillsong Phoenix and we had over 700 adults walk for freedom in 94 degrees heat! It was a beautiful picture to see the full expression of our church, generationally and ethnically, ranging from college students to young families with strollers to our most elderly, walking through the streets of our City as a prophetic witness. What made our walk especially significant is that our Downtown campus is located just two hundred yards away from Van Buren Street which has been the epicenter for all human trafficking in Phoenix for decades. One of the pictures showing our line stretching around the block captures that image. As we walked by one of the shady motels that is often featured on the evening news, I saw a young lady in her early twenties with streaked makeup and disheveled hair out on the little balcony standing between two men. I don’t think the significance of the walk was lost on her. The Walk for Freedom was also carried by the major television networks on the evening news.

In Copenhagen we gathered around 200 men & women who walked through some of the busiest streets in the city, and we ended the walk in front of parliament.

As we were walking people were moved to tears, and so many said, they didn’t realise that this was a real issue. It really did bring awareness of the issue to the city.

In Cape Town, the crowds gathered in droves. As we put the tape over our mouths silence fell over the mass of people. It was poignant and piercing at the same time. As we took off down the promenade there were so many of us that it took a good 5 minutes to clear the grass where we had gathered. You could feel the weight as walkers understood why they were walking. After the walk, we found a video on Facebook from someone filming from her apartment. She saw the lines and you can hear her commentating in the background, telling everyone how powerful the line was, how powerful the message was. This was a stand out moment for me. Someone completely unrelated to the walk was moved and contributed to the global message of the day, by posting it on social media, informing her world, her sphere. That’s the point.

For us having our very first Walk for Freedom in South America was our main highlight. It was amazing to see people on the streets stopping and asking us what the walk was about. We believe many eyes have been opened to the issue of human trafficking. We even had a government official lady do the walk with us and is very interested in helping us with future walks.

This years Walk for Freedom in Stockholm was the best one yet! More than twice as many participants as last year. We were escorted by the police and the black long line of people made a great impression on many. Walk for Freedom in Stockholm was the headline on our national News on TV that same evening and even politicians are commenting on it. This is a great step towards what we can do for those who are trapped in slavery globally but also in our own city! What I love most about this is that our church is getting big enough in Sweden to influence our nation. What we are a part of is bigger than the part we play!

As a church we partnered with A21 and helped with 3 walks, in Amsterdam and Amersfoot, Netherlands and in Antwerp, Belgium.

In Amsterdam multiple participants were greatly impacted themselves and felt they really made a difference because of the positive and negative feedback of the people they passed by. Lots of participants felt ‘powerless’ because their mouths were taped and during the silent walk they could identify with the voicelessness of the people trafficked.

A Hillsong Connect Group organized the walk in Amersfood and the major allowed them to take the best route through Amersfoort! The police officer who accompanied them told the organizer that many people came up to him to ask about what was happening and were really impacted.

The police in Antwerp was very strict (because of the terrorist attack in Brussels last March) but when they saw the peacefulness of the walk, they were allowed to cross into one of the main squares. Even though they could not walk on the main streets, they were able to stand still on important crossroads of the city. People came to ask what they were doing but as they couldn’t answer because of the tape (covered their mouths). This made an impression on the people inquiring and they were very eager to receive a flyer with the information about human trafficking.

It was such a powerful atmosphere. The streets where we walked that same Saturday night were full of girls forced into prostitution. So we had people saying that we are not welcome there, that those streets didn’t belong to us… so you could really feel the spiritual fight within that place.

Oct 15 was such an amazing day! It was so great to see some many of our women (and men) from LA and San Francisco show up in force to raise awareness and take a stand for those who have no voice. I wholeheartedly believe in the power of unity. We can’t thank Nick and Chris enough for what the do through A21 and believe this is only the beginning! We look forward to being a part of this walk every year! 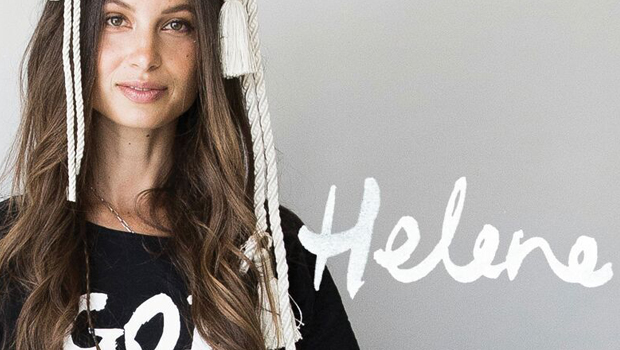 Colour Story: Helene from SYDNEY
If you saw me now you would never believe where I was just a few short years ago.
Colour Sisterhood 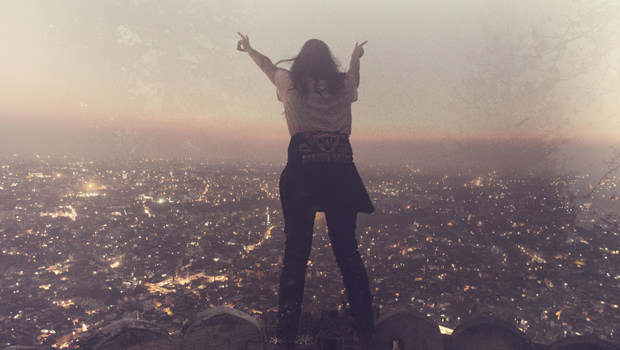