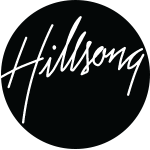 Valentine’s Day is looming. All your married friends are like “so what? It’s just the card industry’s way of making money.” All your dating friends are like “OMG he’s taking me on a sunset boat cruise!!!” And you’re sitting there wondering why in the world anyone would waste a perfectly good “sit in your pyjamas and binge your favorite season of Lost” evening to go out and be around.. people. *shudder*

I get it, I really do. You could be nice and comfy at home, hanging with Kate and Jack, but they’re not your real friends. They’re characters on a show. So how do we muster up the courage and energy to go out, not just on Valentine’s Day, but on a regular ol’ Friday night?

Practice. Yeah, it’s not as exciting as you’d thought it would be, right? But seriously, finding the courage and energy to go out as an introvert takes practice. I’ve often been told that I’m super outgoing, and sometimes I am. But the reality is I’m an awkward tomboy who doesn’t know how to contour my make up or know what the latest celeb gossip is. However, I have learned to practice a few things that have helped me push past the awkward teen that always tries to come out in conversation.

1. Have an arsenal of topics

Yes, an arsenal. Because the number one fear of an introvert is not knowing what to say. Not sure what topics to have on hand? A 2016 study of singles in America today says that millennial are 270% more likely to find you attractive if you’re binge watching the same tv series. So if all else fails, lean on ol’ faithful, Netflix, and start rattling off which shows you like and why.

2. Have a slew of questions ready

Mmhmm, a slew. Just in case you’re out with someone who is also an introvert, you want to have a bunch of questions on hand to get them talking (and preferably keep you from having to!). The Greater Good Science Center published several studies that showed curious people who ask questions have better relationships and better connections with others, so asking questions means you may have a better date than expected.

Ask questions that you have a follow up for, so that you don’t get stuck in that carousel of “So how was your week?”, “Good”, “That’s good”, “Yeah it was good”, “Soooo good”. Yikes.

Instead ask something like “how was work this week?” And when they answer “good, nothing interesting happened”, you can follow up with “what’s your favorite part about your job?” BOOM. Conversation started.

3. Embrace your awkward self.. but not too much

It’s easy to get so worked up about how awkward you are that you end up being even more awkward which leads to an awkward spiral that eventually has you both sitting in absolute silence, staring at the napkins in your laps. Don’t worry about being awkward! It’s a charming trait that can work in your favor if you let it.

But don’t worry about being confident, either. The Singles in America study from 2016 revealed that men like a female entrepreneur, so confidence doesn’t hurt! The main point is to be you, without letting all your quirks and oddities throw you off. Chances are, the other person will find those qualities endearing, not annoying.

All the tips and tricks in the world won’t make up for actually getting off that microfiber couch, putting some real clothes on (no drawstrings allowed!) and getting out into humanity. Don’t worry, you don’t need to head into the crazy downtown scene. In that same Singles in America study, 43% of participants said that they met someone at their favorite laundromat. Another 42% said they met a potential date at their local gym. So don’t get into a scene that’s going to make the process that much harder for your introvert emotions. Join a gym. Stick to a local cafe for coffee every Saturday. USE THAT 2 MINUTE MINGLE AT CHURCH TO YOUR ADVANTAGE. The pastors aren’t joking when they ask if you got someone’s number. They got your back.

Whatever the process, decide to be intentional this year about meeting new people, taking the time to invest into relationships that will be good for your future. It’s worth it just to get a few new friends who will also binge Lost with you on a Friday night. 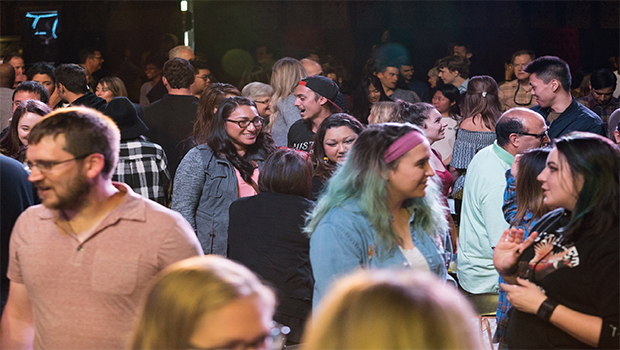 How To Survive 2 Minute Fellowship (for introverts)
Here's some tips to help get you through this social endeavor.
Hillsong LA 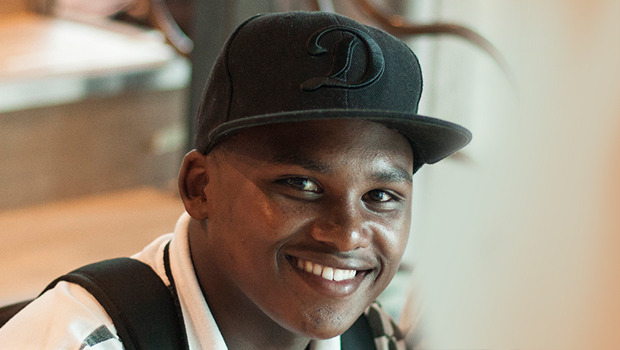 A Powerful Testimony
"Abdullah, who was once a shy, insecure, broken young kid, has turned into one of the most promising, confident, Godly and anointed men I’ve ever met."
Hillsong South Africa