Day 2 kicked off with a blast from the past – “Classic Hillsong” with a line up of the songs that have moulded the heart and culture of Hillsong Church over the years: a praise medley including… and worship greats such as ‘Shout to the Lord’, plus a highlight: the worship song, ‘Still’, performed by former Hillsong worship leader Tulele.  Spontaneous applause erupted as his honey voice rang out across the 20,000 strong crowd that filled the Qudos Bank Arena.

Pastor Brian Houston’s message, The Power of Sin began with an opening line, “You are all dirty rotten sinners!” and then for the next 40minutes, he took Hillsong Conference delegates on a journey of revelation that our sin qualifies us for God’s grace.

Throwing his own unique humour into the mix, Brian crooned an unexpected rendition of “I’ve been redeemed by the blood of the lamb” with the good ol’ Pentecostal two-step.

Highlighting the importance of social justice, Pastor Bobbie Houston gave extraordinary expression to the need and the work of Compassion; graciously extending an invitation to support 1,950 lives on the neighbouring island of Sebu. Over the past number of years, 74,000 children have been sponsored through Hillsong Conference and last year, 100% of the Compassion applicants on the Island of Alor were sponsored.

Y&F led phenomenal afternoon sessions with thousands of young people who had gathered from all over the world as Brian introduced LET’S TALK CHURCH with Judah Smith who spoke candidly of his journey from Youth Pastor to pastor of his father’s church after losing him to multiple myeloma.

“You can live by faith but you can also die by faith and I watched my father die in faith” Smith said. “How can I be mad at God when he gave me 30 years with a phenomenal father?”

LOCAL LEGENDS SESSIONS featured Paul DeJong (Life Church, Auckland) with straight talk to the church in his message, “Bonsai Christians” (aka – get your roots down deep)

Day 2 SPHERES SESSION featured Hillsong Australia lead Pastor, Joel A’Bell sharing his journey with a diagnosis of Crohn’s Disease. Singer and Songwriter, Stan Walker revealed the giant in his family line that has killed over 100 relatives and his own Goliath versus David faith. Tulele revealed a heartbreaking and very personal struggle and the session concluded with rare insight into the issue of mental health with panel members, Rebecca Loundar, Dr Jo Thomas, Andrew Ryan and Kylie Dimauro.

At the end, everyone stood to their feet as Judah Smith moved hearts with a clarion call for the Church to stand her ground with unshakeable confidence.

There is a palpable sense of growing empowerment in this great house and it promises to continue through to Friday night!

THERE IS STILL MORE!!! 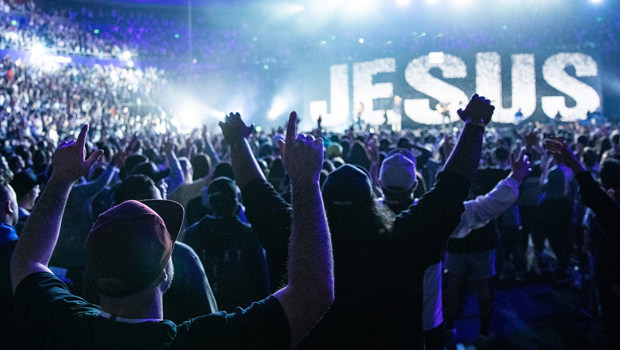