Easter in Egypt: Behind the Scenes

Egypt is a place well saturated with tourists for its many archaeological sites and rich history. What many don’t realise is that it’s actually the place where the Passover was celebrated the first ever time. As Easter was on the horizon, we ventured to this fabled land with our Global Senior Pastor, Brian Houston, to try to capture and tell the story of God’s rescue.

It was an eventful two-week expedition filled with a few challenges that we thought we’d share. So, here’s a small glimpse!

Permits and schedules:
Although Egypt is a well-known historical nation that attracts tourists year- round, we soon realised the challenge in obtaining filming permits for any of the sites, as there are strict laws around them.

In order to obtain these permits, rent gear and book locations, we had to submit a detailed schedule of our proposed filming times, intention, gear lists, full names of cast and crew, etc. Once submitted, changing anything wasn’t really an option. Adding a tripod or shifting a filming time from morning to night meant starting from scratch, resubmitting permits and hopping it would get approved on time for the shoot.

We also had to notify the authorities of our every move. This limited the grace for “last minute ideas” and forced us to put a lot more effort into research before the trip.

As used as we are to flexibility, we’d have to admit that it did get us a bit more organised with planning…

A guide had to be with us at all times for historical sites.

Gear:
Another thing we realised was that when renting gear in Egypt, the gear rental company must provide staff to monitor gear use at all times.
We brought in the key gear for location shoots but rented some lights and bits and pieces for our key piece-to-camera (“PTC”) shoots with Ps Brian.

The PTC’s were shot in two different locations. The first location was west of Cairo, in Giza, and the second one was by the Red Sea on the south end of the Sinai Peninsula. We finished the Giza shoot around 6pm and sent the gear on the road for a 6h drive down to the Red Sea. The next shoot was scheduled to start around 6am the following morning. With delayed transport, we ended up arriving around 2am, and the gear delayed further. Gladly, the shoot got pushed back just over an hour, which meant we could get some sleep and await the gear that was still on the road.

The following morning (4 hours later) the rented gear still hadn’t arrived. We began setting up our own gear in the meantime and thankfully the rented gear arrived about 30mins before the shoot. Apparently it had been stopped at checkpoints at 6 different places on the way.

The shoots:
Through our permits with various historical sites, we were allowed to bring in tripods and a slider. A site representative was with us at all times to make sure we were civil. One highlight was after sunset at Luxor Temple, we were able to pull out a little Aputure Amaran AL-MX and get some great light- sweeps across the ancient hieroglyphs.

We focused on getting some good slider shots to use as scripture backgrounds for Ps Brian’s messages, and also B-roll to cut away to.

For the Good Friday message we had contacted a local hotel owner and asked to use his rooftop that had a great vantage point of the Pyramids in Giza. With no elevator, it was a lot of gear to carry up the 3 stories, but well worth it!

As it was an overcast day, we ended up boosting light on one side and reducing light with a big blackout scrim.

For the Resurrection Sunday message we had found a small segment of coastline that we rented from a local business. It was a pretty tight setup and in order to get the framing and lighting we wanted, we had to compromise a little. We used the massive 4x4m scrim (unfortunately the only one we had) to block the harsh rising sun, brought in the big skypanel to fill some even front light, and set up our main shot pretty much in a bush.

Although we had strict deadlines to get the final videos uploaded in time for Australia (and the global campuses) to show across the Easter weekend, things went smoothly in post-production and with fairly compressed files, our little data sim card played ball and we managed to get it all across the line on time.

If we’ve learned anything from this trip, it is the value of planning ahead. And what great ta’ameya and tahina tastes like!

Shooting slider shots in the desert outside Luxor

You can watch the two messages here: 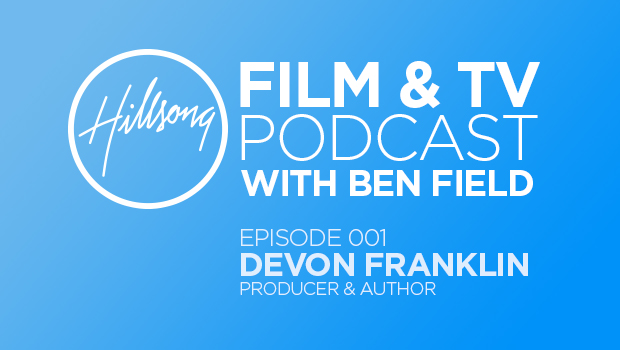 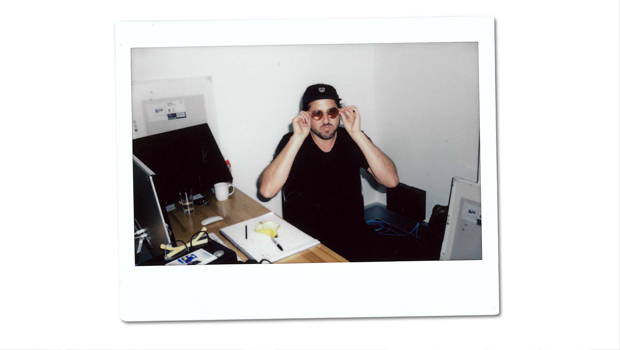