“Start with what you have in your hands”

Yonny and Ramona, founders of Hair4Homeless, lead a team of professional hairdressers who are passionate about instilling confidence and hope into those who are homeless by offering free grooming in the streets of London.

“It’s so funny how God works things out”, Ramona shares. One day, an older lady came into Ramona’s salon. She was in a wheelchair and had such a smell that nobody wanted to help her. “When everyone else started refusing, I knew I had to step in. The smell was so bad I ended up being physically sick when I was washing her hair.” When getting ready to leave, the lady turned to Ramona and thanked her, asking if it would be okay for her to come back one day. “That’s when I realised – I’d made a deeper emotional connection with that one woman, than anyone else I’d had in my entire career.”

The following week, Yonny picked up the phone. “For ages I didn’t know where to find my passion. Someone once told me ‘start with what you have in your hands’, so over the years I’ve been a part of many different teams at church – host team, translation team, but then I joined Greenlight.”

When asking what one of the most impactful moments has been, the pair reminisced on the first ever cut they did when starting the group. “After asking this man’s permission, I started cutting his hair and asked him a few questions about his background and how he got here.” The man sadly explained that his entire family passed away in a tragic accident, which led to him losing his job, mortgage, and essentially his entire identity. He’d been living on the streets of London for a while, and was suffering from a gash in his leg that had become so infected, doctors were recommending it to be amputated.

“I just didn’t know what to say, it was my first time ever encountering this sort of thing.” By the end of the cut, Yonny faced him saying, “I can’t imagine what you’re going through, but you need to go get treatment. Go and get your leg treated. Your family wouldn’t have wanted you to end up like this. Do it for them.” Embraced with a hug, the man sobbed in his arms.

We can sometimes assume that those who are homeless have made poor choices and ultimately ‘chose’ to end up on the streets. But in reality, it could happen to any one of us. “The only difference between me and them is their story.”

Now a group of 7, the growth hasn’t come without tribulations. There is always a need for more volunteers and resources, but this has only further encouraged the two to push further. “We don’t know what’s going to happen, but we surely are going to give nothing but our best.”

During Christmas season, the team usually heads to shelters for people to come, get warm food, have a place to stay and get their free hair cut.  The group also reaches out to women who have been through particularly difficult times, such as trafficking or sex work, to spread as much of Christ’s love as possible.

The team is looking for more volunteers, so if you want to join or know more go to greenlightmedic.org and choose Greenlight Hairdressing. If you want to keep up to date with the Hair4Homeless initiatives, you can do so on Instagram: Greenlight_hair4homeless and #hair4homeless.

“We have such big dreams for this to become much bigger than it is, we just need more people with good hearts to join us.” 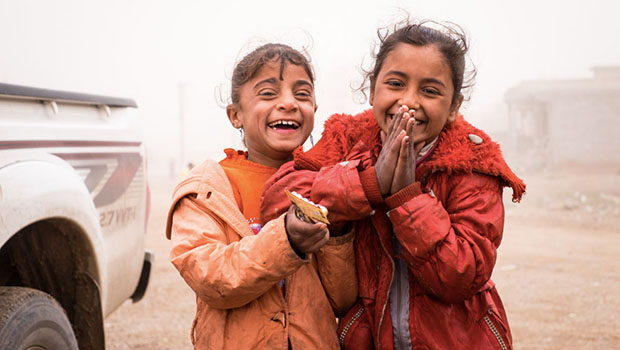 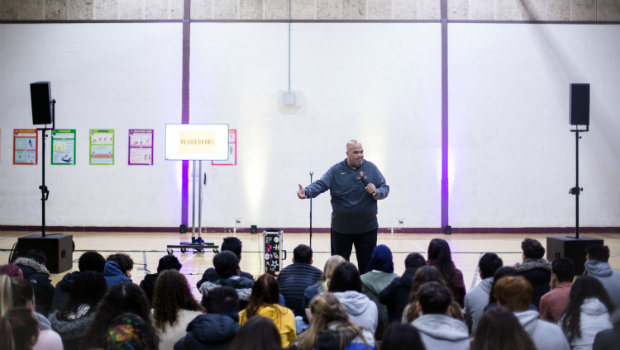 On the Road with Reggie Dabbs
Our Schools Project team, joined by Reggie, impacted the lives of over 3,000 students
Hillsong London 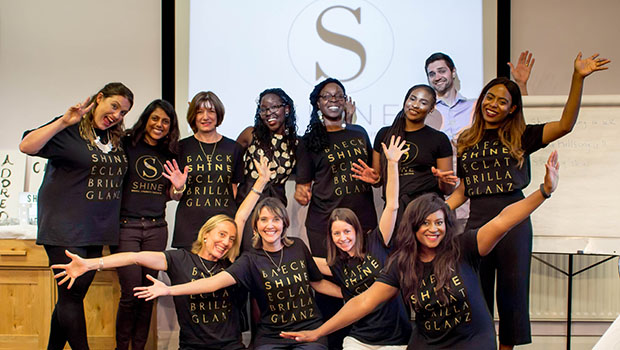 International Women’s Day: Be Found in the Wind of Progress
Our latest initiatives to celebrate and empower women
Hillsong London