I (Sebastian Strand) recently had the chance to have a conversation with Kristoffer Grindheim, an emerging Director of Photography in Norway. Kristoffer has a background in music, but always knew he wanted to work with films. Over the last few years, he’s had the chance to work on high-end car commercials, award-winning music videos, and is currently chasing the dream of a feature film.

It’s a chilly autumn afternoon when I open up my Zoom account to start the meeting. Before this conversation, in an attempt to do some background research, I started where all millennials would start. His social media accounts.

What struck me with @kristoffergrindheim’s Instagram profile were the tasteful thumbnails of cinematic-looking posts. A lot of his content is portrait-based. Not in terms of the aspect ratios of the frames, but in terms of his subjects. People of all ages and backgrounds fill the Posts grid. A URL in his bio sends me to his Vimeo profile. As I flick through some of the insanely professionally-looking commercials and films, I see accolades in the comment fields from people all over the world.

Some courtesy banter. I realise my lighting is pretty bad.

Me: I should’ve thought about that since I’m interviewing a DP. (a DP, or a Director of Photography, is generally responsible for the camera work and how a frame is translated through the lens, including lighting of the subject and the background).

Kris goes on to show me how he has a web browser with a white background open on his screen that he can move around in order to provide soft lighting around the side of his face. Zoom can be cinematic.

Kris: My dad always worked as a freelancer, so I’ve never been scared of doing that [for a living]. It’s always been natural.

He tells me that he was raised in a Christian household in Bergen on the West coast of Norway. In those days, their church was one of the only churches in Norway that had a “TV ministry.” Growing up in the youth ministry there, that meant they had access to gear, cameras, cranes, the lot.

Kris: At church, the beauty was we didn’t need to have live cameras. It was if we wanted to, we could do it. We didn’t have the pressure to deliver anything but could play around and have a lot of fun, and it turned out great.

Because of his developing camera skills within this church context, as a young teenager, he started getting opportunities to work at real production companies. Some of his work ended up on national television.

Kris: My dad would do sound and I did camera along with friends from church. In a break once, I got to play with the camera crane. I had done a lot of crane in church, so the producer said, “Oh, this guy can do the crane!” So I started doing crane on live sports events.

At age 14, Kris started realising that single-camera projects such as music videos and skateboard films were his preferred way of working, rather than live television. He decided then that he was going to pursue the dream of one day working on feature films.

Kris: I’m a person with a very deep passion for this craft, and I knew that from an early age. But although I dreamed of DP’ing, I sometimes had to edit as well and often ended up editing for hours. Sometimes 12 hours without eating. I remember one particular time when the software crashed on me after a long stint. I lost hours and hours of work. But because I have this drive, I resolved that I just had to keep going. I knew that I had enough passion and patience for this craft to keep at it. I knew what I wanted, and I was willing to work hard to get there. As long as you continue, you’ll end up great. It’s just a matter of time. Somebody “makes it” in 10 years, some in 30. But as long as you continue, you’re gonna get there.

About five years ago, I was on my way to a sunrise shoot on a mountaintop. It was a one-hour hike on foot carrying all the gear. It was stressful and terrible, pushing through the foliage. If you removed the aspect of filming, it would be the worst experience ever for me. But because we were about to film, and I had the actor, the gear, and the skill to make it look beautiful, I was super excited to get there. It’s this energy that I can’t explain, only describe. When I see the end result in the camera or on the screen, it’s so fulfilling.

Me: Looking at that screen, why do you think that beauty is important?

Kris: First of all, I want to say it doesn’t have to be beautiful at all. But it does have to be interesting somehow. The best advice I ever got from a DP was to just go film something that’s high-end and beautiful and wows everyone. And then when you’ve done that, you can drop the pressure of making something beautiful. You now have that high-end product for your reel, and can focus on what your next project needs, beyond beauty. I want to be able to tell a story in a correct and respectful way. Most of the time that doesn’t mean “beautiful” or “exciting.” A lot of the time my job isn’t to make something fancy, but to find the best way to communicate what’s needed to be said.

Last year, Kris had the chance to work on a music video touching on the Black Lives Matter movement. He’d been approached by the artist to direct the music video, and when listening to the song, he was struck by the very direct lyrics.

Kris: I’d never directed film, but they didn’t know that. They just assumed. But I felt like I was able to tell the story in a correct way. I wanted the audience to really get the lyrics. It was so important. So most of the elements we used had the purpose of pointing people to the lyrics. The video is mostly the face of the artist.

The music video ended up winning awards and was nominated for Best Music Video at the biggest music video festival in Norway.

Kris: It’s not very often a music video with so much lip-sync is nominated. This song didn’t need any of the fancy stuff, just build on the lyrics. I kind of realised that I’m on a level where I’ve been able to achieve [beauty] previously, so I was now able to tell the story in this music video correctly.

My goal isn’t to be a DP that has a certain “look.” I want to be a DP that people want to work with, and regardless of what we’re creating, I want them to trust that I can do whatever they need. Not a “horror movie guy” or “music video guy” but a visual guy, that no matter what the director wants to create, I can help get them there. I had a hard time understanding the concept of “finding your voice.” I think a lot of people especially in this Instagram generation find their voice in a filter or a simple trick that then defines their creativity. But I just want to tell them that they’re so much more than that filter. I’ve had people tell me that when they saw a particular film, that they just knew it was shot by me. But it wasn’t because of the genre or visual style. What I realised was: when you work on a film, you make a million choices, and I had my own way of solving problems and finding solutions. It’s grown to become like a huge toolbox. My “voice” is that toolbox. No matter the genre or format or style, I still have the result of all of my choices. That is my voice. That can be seen in any project at some level. “Your voice” shouldn’t be a thing that limits you. It should be something that opens you up to be able to do anything.

Me: What’s the importance of film within a church context?

Kris: I’ve been doing music in church for 15 years. The main problem (to me) with creativity in the church is that it’s really hard to get over yourself. Can I actually go to church and play and not focus on myself, on my playing, “Was I good? Did I look

cool?” Is it possible to do creativity in church without being self-centred? Because when that’s the focus for a month or six months or ten years, rather than the focus being on growing as a Christian, welcoming somebody, meaning something to someone… we might not even have the energy to invite them over or out for coffee.

That’s been my battle. When using my creativity in church, am I selfish? Or am I looking more and more like Jesus? When I ask myself those questions, the answer is kind of embarrassing. When it comes to film, is my focus to tell the story or to fulfil myself? It’s so hard when you work with something you love. We most definitely need film and film production and music and everything else in church, but who are we when we do it? [Throughout a project,] did I only grow as a filmmaker or did I grow as a Christian? Did church become a film studio to me, or is it still a church? The one thing I want to tell you today is that as a church we need to put the person before the project. That’s my “one-liner.” It’s not worth people wearing themselves out for the sake of a project. When somebody’s a volunteer, we need to help protect their everyday job, their social life, their sabbath. We should talk about it more, teach people about it.

Me: What do you mean by that?

Kris: I started off with the story of when I was young, and we didn’t have any “to-do’s.” It was really important to be able to be part of the church as a Christian, to be able to grow and not be a filmmaker, but be a person in church. It’s a balance that’s really hard. As a kid, it gave me so much to be there. We have to put the people before the projects. We have to love the people more than the projects, and find a healthy, sustainable balance between “what do we have” and “what can we make”.

But despite it challenging me, I do love creativity in church. We have this exceptional position to do extraordinary things. A position to tell really important stories. We have so many great stories that need to be told, but we have to be wise with it. 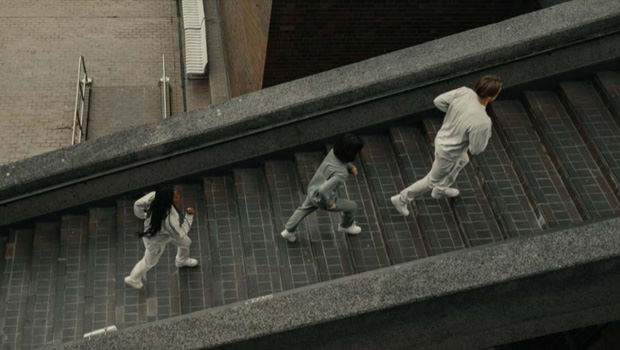 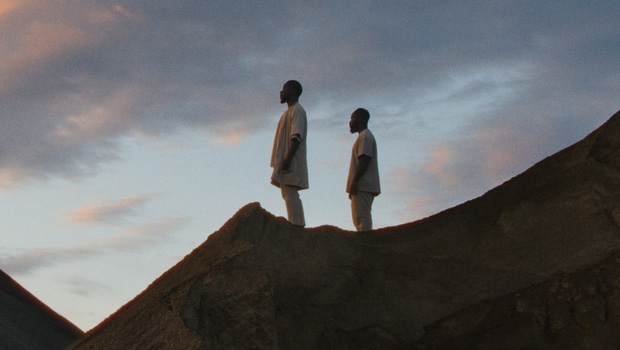 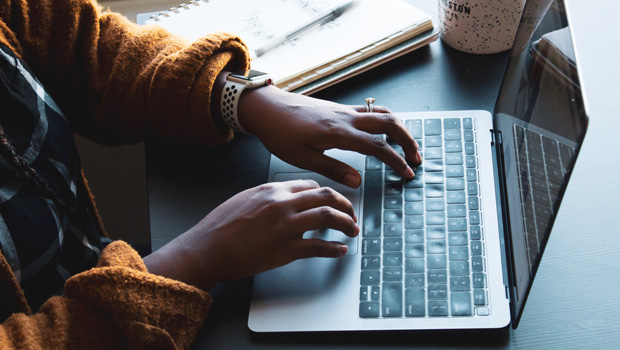