Day two of Colour Conference Sydney inside the ICC Theatre was a refreshing contrast to the grey skies and frequent downpours outside. Undeterred, delegates again streamed in, saved seats, took photos to record the excitement and the moments that become memories; airdropping to friends and family to share.

10am and everyone was on their feet as the Hillsong Worship team, led by David Ware, ushered the room into the presence of God with some gospel vibes, drawing the room together in praise as one great choir. Worship was both sensitive and intimate across the auditorium as arms were raised and hearts opened with the palpable embrace of God’s loving presence.

Pastor of Mosaic Church in LA, Erwin McManus stepped on stage in pseudo battle attire, possibly as a prop for his message or to help his nerves as he confessed, “I am so excited and so terrified!”. This was Erwin’s first time speaking at a women’s conference which he confessed he would never have attempted to do without bringing his wife Kim for moral support. But those nerves were nowhere to be seen as Erwin delivered an impassioned message called, The Way of a Warrior. “The warrior is not ready for battle until he knows peace”he began. From biblical superheroes with ‘superpowers’, to deeply personal testimonies of his own confrontations with fear and anxiety, Erwin challenged everyone to discern the voices that compete for our attention. “Whatever is informing you is forming you” he said. “In between the highlights is the real life. Have the courage to deal with your inner world where the battle is. Don’t be a coward, be a warrior.”

Interspersed with self-deprecating, but hilarious Greek jokes, Christine Caine unrolled her personal salvation story and how A21 was birthed ten years ago from the soil of Colour Conference and the Sisterhood. Despite an unplanned prop fail, Chris’ message, Ringing the Bellcontained a powerful challenge to “drop your anchor”and keep from drifting away from the foundations of our faith.

The Sisterhood session was hosted by Pastor Bobbie Houston who ‘shook the tree’with a clarion call to take ownership and personalise our mission. Stunning visual presentations and stories from our global House inspired us to share Jesus despite the fear and the uncertainty we may feel.

After a break for dinner, the room convened again in worship. Bobbie called all in attendance to pray for the victims of the terrorist massacre in Christchurch, NZ; a tragedy that occured earlier in the day. Erwin McManus followed with an evocative message. “Your trial does not define your future, and your past does not have to be your future”he declared. “This is your moment to break out and break free.”

There’s a real sense that is exactly what is happening at Colour. Chains are being broken, women are breaking out of their fears, walking away from the shame of the past into a life of freedom to be FOUND IN THE NEW. 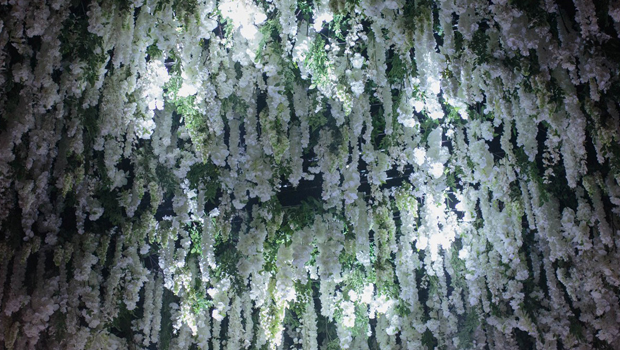