ARNAUD DU TILH & ME: A Tale of Two Imposters

“The game’s up Nik. You had them going for a while, but they’re just about to wake up and realise you’re not who they thought you were.

I was in Chiang Rai, Thailand and about to step into a meeting of Marketing and Communications executives and CEOs from around the world. They were a wonderful group of representatives from our NGO’s global funding offices. In a short while I was due to give a presentation about a partnership that had been particularly successful for our UK office.

I was terrified. I quake at the thought of public speaking at the best of times and I prefer the wings to centre stage. Even though I knew my subject inside out and was even passionate about it, I had never spoken to this group before and I was quite possibly (definitely, in my head) the most inexperienced person in the room.

I was wracked by self-doubt and I was completely convinced that the moment I started speaking, as if from a trance, the room would suddenly stir from their 100-year slumber, stare blankly at me and say ‘who on earth is this person and what right does she have to be here?’

Surprisingly, that didn’t happen. Everyone carried on as normal, the presentation went off without a hitch, everyone was interested in how we could learn from this partnership.

The thing is, that line of thinking was not new for me. That little rhetoric, that rogue of a censor in my head has piped up in every new job or role I’ve ever taken, every presentation I’ve ever had to make.

I can trace this back to my teenage years. One day, my Year 12 English teacher handed my creative essay back to me with the words ‘Come and see me’ scrawled at the top. Puzzled, I walked up to her desk. She drilled me with her piercing blue gaze and in her clipped Eastern European accent said, “I am going to ask for a meeting with your parents. This is not your work.”

I was mortified. She accused me of plagiarising the work (though she could not procure any evidence), sat across from my parents and essentially said that I was not that good a writer to produce a piece like that. For a kid who was hardworking but painfully shy and soft-spoken, that was a crushing blow.

I don’t truly know if that experience contributed somewhat to this feeling, but over the years that doubt would surface in every room I stepped into, every new task or role I undertook. ‘I don’t have the right skillset. I definitely don’t have the experience other candidates will have. I don’t really deserve to be in this room, at this table, on this platform, in this role, apply for this job, this project, this opportunity…

And if I did get the role or opportunity, that fiendish villain, my very own traitorous mind, would say “You’re totally going to get found out and your fraudulent ways will be exposed.”

I kept all this to myself for the better part of 25 years because I was convinced that it was a secret I alone harboured and had to deal with.

Fast forward a few years and I was in a doctor’s waiting room, leafing through a mind-numbing magazine when my eyes froze on two words: Imposter Syndrome.

While I don’t recall the substance of that article, I will never forget those two words. I realised for the first time that everything that I had felt for years had a name. It was actually ‘a thing’.

My mind tripped a memory of a novel I had chosen to critique in high school called ‘The Wife of Martin Guerre’ by Janet Lewis. Based on a true story in 16th century France, the heir to his family’s land, husband to a young wife and father to a son, Martin Guerre disappears one day and fails to return. Years pass and then one day, chaos breaks out when he reappears. In every aspect – looks, mannerisms, the intimate knowledge of his household – he is the prodigal returned. However, over the course of time, his wife has a nagging feeling that this isn’t actually her husband, he is an imposter.

In the end this man is in fact exposed as an imposter when the real Martin Guerre does eventually return and Arnaud du Tilh, the deceiver, is convicted in court and publicly executed for his grand hoax and deception of the entire village including his own family.

We’ve all heard the true stories of people impersonating others to defraud companies, families and other shocking tales.

But Imposter Syndrome or Imposter Experience is not based on real life acts. Rather, it can be described as an internal feeling of fraudulence when you don’t believe you are as competent as others think you are; a belief that you are undeserving of recognition or praise for your work or accomplishments or a feeling that your skills and ideas are not worthy enough and your abilities are limited. You are plagued by a festering doubt that it will only be a matter of time before people realise ‘you are not all that you are cracked up to be.’ It can be incredibly debilitating and self-sabotaging.

I found out that this self-doubt and these feelings of fraudulence are no respecter of persons. It floored me to learn that some of the most well-known and celebrated creators of literature, scientific breakthroughs, musicians and artists, even successful businesspeople also suffered with Imposter Syndrome; people like Maya Angelou and Albert Einstein. It is so common that it can be found across gender, race, age and a host of occupations but it also disproportionately affects those in underrepresented groups within society.

In her incredibly insightful book, Lean In, Sheryl Sandberg says ‘For women, feeling like a fraud is a symptom of a greater problem. We consistently underestimate ourselves. Multiple studies in multiple industries show that women often judge their own performance as worse than it actually is, while men judge their own performance as better than it actually is.’

While calling this phenomenon a ‘syndrome’ is helpful, it is important to stress that it is not a mental illness. It’s also not something that really has a cure, much to my disappointment.

But isn’t it remarkable that when something that has been harboured in the dark and fed by doubt, is unearthed and brought into the light, how by that very act, it ceases to have the same potency or power it once did? Sure, it’s still there, and perhaps may never retreat, but in the light, everything looks different.

So only a few weeks ago, after years of battling this internally, I admitted it aloud.

At a core team strategy and planning day we each had to tell the group one thing we considered a weakness and one strength we could bring to the table.

I had a full-blown battle raging in my head as others spoke. I was sifting through options, attempting to pick some mild weakness (and vague strength) that I could offer quickly and move on. Yet I felt increasingly compelled to admit, ‘I am an imposter!’

I didn’t quite say it like that of course. But with a fair measure of trepidation I told them that I felt like a fraud most of the time and that at any moment, they’d see me for who I am, Arnaud du Tilh. (I obviously didn’t really say I was Arnaud du Tilh, either, but you get my point).

There was a genuine shaking of heads from this gold-hearted group of people. They affirmed me for who I was and doused that long-held belief in an outpouring of encouragement.

I’ve learnt that Imposter Syndrome diminishes with vulnerability in community. When we get honest with one another, share our fears and insecurities, when we come with openness, a willingness to listen and a desire to be real, all kinds of doubts fall away.

It diminishes when we decide to take those risks anyway. To say yes anyway. Believe the best of ourselves anyway, and when we raise our hand and give it a go, courage seems to expand within and our faltering steps and misgivings don’t matter as much because we are all fallibly human and haunted by a plethora of both real and unsubstantiated fears and doubts.

We then discover that the thrill of being life-long learners and contributors together far outweighs the discomfort and self-doubt.

In fact, perhaps there’s another way to look at this Imposter Syndrome. Perhaps it can be held in a tension by artisans and creators in all walks of life in such a way that it leads to what Dani Shapiro calls ‘the beautiful unrest’ – harnessing our hesitancies and honing our craft in spite of them, to shape a world where everyone creates and contributes and find they do belong right where they are.

But that’s a tale for another time. 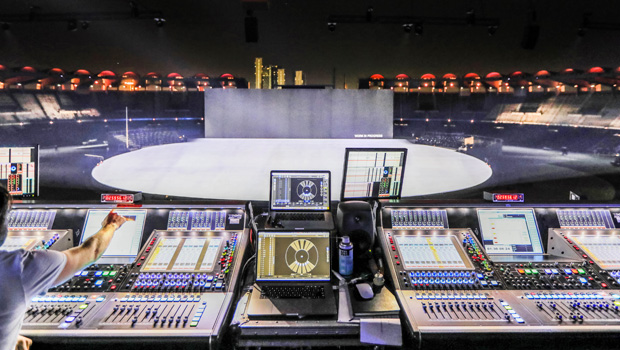 Olympic Fanfare to Family
How one audio engineer has found value to those closest to him amidst a global pandemic.
Hillsong Creative 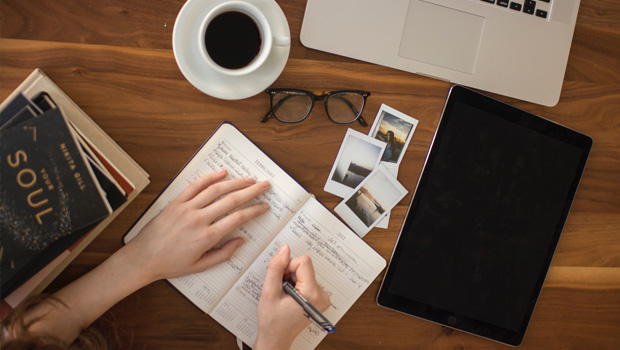 Never the Sensei Always the Student
I have NEVER been good at school!
David Ware 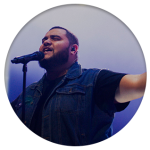 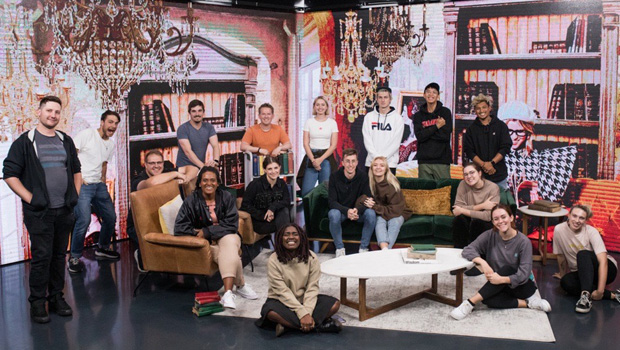 5 Tips for Cultivating Community (even when you’re an introvert)
I love people! What a CLASSIC extrovert way to begin a blog post
Hillsong Creative