SEEKING REFUGE.
Caring for those in Refugee Camps and Informal Settlements
The Syrian conflict has caused the largest displacement crisis in the world. There are over 4.8 million refugees and 6.3 million internally displaced people (IDP). The number of Syrians arriving to Europe seeking international protection continues to increase, although it remains comparatively low, at less than 10% of Syrians who have fled the conflict (UNHCR). The numbers of refugees seeking safety in Europe is resulting in political division as countries argue over sharing the burden. Over 1 million people – refugees, displaced people, and migrants – have crossed into Greece since the start of 2015. At least 3,500 people who have taken the risky route by sea to Europe are missing or have lost their lives. In Greece, refugees or financial migrants make up 98% of the human trafficking survivors assisted by A21. Many of these people have already risked their lives to get to Greece. There is an elevated risk of human trafficking due to legal documents missing or destroyed, low awareness of the dangers or risks of trafficking and trust of strangers offering to smuggle them to other European countries. People fronting as smugglers or trafficking rings promising migration or recruitment recruit and exploit refugees, predominantly women and girls. The vast majority of refugees and migrants entering Greece via sea in 2015-2016 were able to go through Greece before Europe closed its borders. During 2016 thousands of refugees were accommodated in refugee camps that were set up across Greece. At one point there were more than 55 different camps for more than 60,000 refugees. This past winter, significant efforts have been made by the government and UNHCR to move people from the mainland camps to more urban and assimilating accommodation, such as hotels and apartments, prioritizing the most vulnerable.

PROJECT PARTNER.
A21 was founded in 2007 in response to the horrific statistics surrounding human trafficking, in an effort to combat the injustice of trafficking through rescuing one life at a time. A21 exists to abolish injustice in the 21st century through a strategy based on the 4P paradigm – Prevention, Protection, Prosecution and Partnership. This includes preventative measures to help potential victims evade trafficking, protection and support for victims who have been trafficked in A21 shelters and aftercare programs, prosecution of traffickers and strengthening legal responses to trafficking, and development of strategic partnerships with law enforcement, service providers and community members to provide a comprehensive front against trafficking.

The A21 Campaign has been responding to the refugee crisis in Greece distributing prevention material in camps and hotspots, building water containers to provide fresh water and warm showers, developing a two-day prevention program that visited most camps in Greece, training and equipping frontline professionals on trafficking identification and providing a Trafficking Resource Line and aftercare for survivors of trafficking.

Training in identifying victims of human trafficking will be provided for 400 front line professionals in refugee camps in 8 key locations across Greece – Orestiada, Lesvos, Chios, Samos, Leros, Kos, Athens, and Thessaloniki. The training is designed and implemented by A21 Greece for volunteers and employees of several local and international NGOs and some government workers. These workers are based in the camps and are trained on how to identify victims of human trafficking. Trainees are educated on the rights of trafficked victims and A21 services available including the 24-hr Resource Line, Restoration Program and Legal Aid program. Trainees are also provided with printed material for distributing to potential trafficking victims they may encounter.

In 2016, 31 trainings were held around Greece. The training program has already led to the rescue of 19 survivors of trafficking. These individuals were identified by trainees and A21 identifiers collaborated with camp management and the local police to bring them to the A21 shelter or other safe facilities for care and restoration.

In an effort to prevent incidents of trafficking within a high risk environment for refugees, Stay Safe awareness campaign material will be printed, shipped and distributed in 40 locations across Greece, reaching 25,000 refugees. Locations for distribution include camps, hotels, day centres and detention centres across the islands and mainland. Refugees are informed about the dangers of human trafficking through stories of survivors and outlining the most common methods of recruitment and exploitation. The materials are provided in several languages and in the form of comic books targeting children and families, posters in 5 languages, videos in 4 languages, travel pouches for holding vital documentation, and flyers for professionals based in the camps to pass on to those they are working with. People are also equipped with a hotline to call for help in Greece and the EU if they notice attempted recruitment or an incidence of trafficking.

THE PROJECTS.
Training Trafficking Identifiers
$1,440 AUD can train 50 people in trafficking identification in refugee camps.
Trafficking Awareness & Prevention
$188 AUD can produce and distribute prevention material to over 600 refugees across Greece.

LOCAL CHURCH AWARENESS.
If you are part of a local church we encourage you to be mindful of your local church vision and be sure to graciously submit and share your heart with those in leadership in your life. We believe we should see this as an ‘above and beyond’ endeavour that has the capacity to reach out and build bridges into our unchurched communities and ultimately be a blessing.

FUNDRAISE.
Check out our handy little tips on various ways to raise funds. Please see the financial guidelines document online for more practical information. Please note that if a project is completed we reserve the right to transfer any excess funds to another project.

TELL US YOUR STORY.
Send us an email at coloursisterhood@hillsong.com as we would love to hear about how you did it! 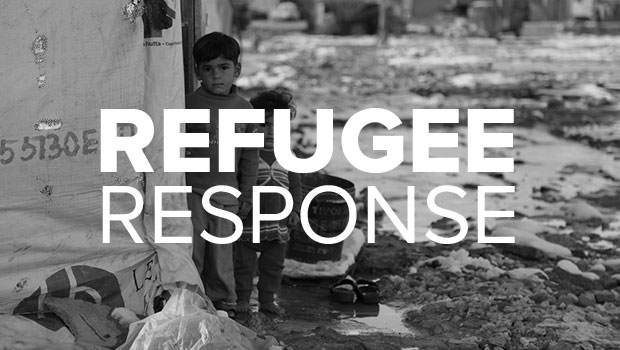 First Response | Preemptive Love Coalition
PLC are supplying thousands of mattresses and bedding supplies to mothers, fathers, and children who were driven from their homes – many of whom are sleeping out in the open.
Colour Projects