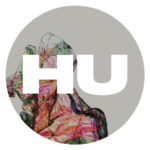 Following the release of their brand-new track with Meduza, the House Update Team caught up with trio, Josh, Ethan
and Johannes, to chat all things music and hear the story behind how Goodboys came about, and how they created their
much-loved song of the summer, Piece Of Your Heart. Sipping glasses of milk in a London pub, they shared how the
band’s success has been the fruit of hard work, prayer and focus – and a lot of fun along the way. 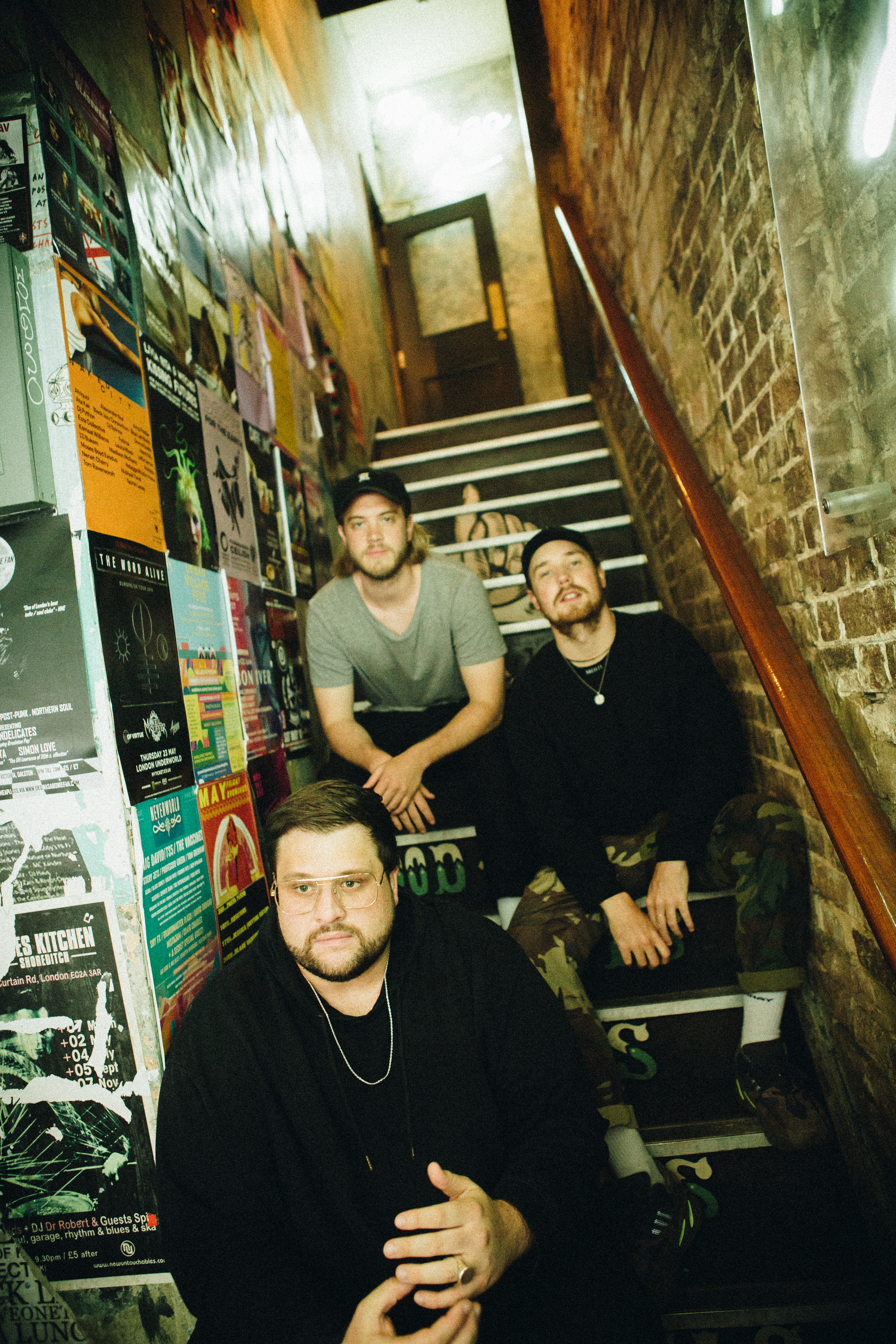 GOODBOYS’ BRIT CERTIFIED GOLD SINGLE, PIECE OF YOUR HEART,
CONTINUES TO CLIMB THROUGH THE CHARTS, MAKING WAVES
THROUGHOUT THE MUSIC INDUSTRY AND BEYOND.

Tell us about ‘Piece Of Your Heart’. How did you meet Meduza
and how did it all come together?

Josh— Although you only see one guy on the posters, Meduza is
actually comprised of three people – Matt, Luca and Simone, who
work together as a trio to write and produce upbeat dance music.
I was writing some songs with two friends from church, Connor
Manning and Nathan Cross. We sent them across to Matt from
Meduza and then maybe around six months later, when they came
over to London from Italy, they said, ‘Hey, we should hook up and
write some songs together’. It was super random, but that’s how it
all began.
In one of the sessions with Meduza, they had an idea for a house
track, and then within about 10-15 minutes, after having some
fun with it, we came up with the line ‘Just give me a piece of your
heart.’ The take you hear on the track of me saying, ‘What? Sorry,
just quickly. What if it’s da, da, da, da’ is an actual recording of me
speaking in the studio. I had no idea about it, but when it came to
the end of the week, Meduza had a meeting with their record label
and they played them all the songs they’d been working on from
their other projects. Almost by accident, they said, ‘we actually have
this song, it’s super random, and I’m not sure what you’ll think about
it.’ They played it and everyone in the room went crazy for it. ‘This is
the one!’ they said, and it all went from there.

Is there a story behind the name ‘Goodboys’?

Josh— The name is quite tongue-in-cheek really. A lot of music
out there today tries to promote a bad way of way of living – being
a ‘bad boy’, you know, but we’ve subverted it and called ourselves
‘Goodboys’.
Ethan— There’s no better way to describe us – we’re just three
mates, working for church, who love to make music together.
When it comes to the process of songwriting and producing,
where do you draw inspiration from?
Johann— We’ve been writing songs for around six years and started
out by writing songs for church. This is something that we love to do.
As we looked at developing ourselves more as songwriters, we’ve
been on a journey of writing not only for church but also branching
out into the mainstream world of music. In terms of inspiration, we
want to write music that lifts people, inspires them and gets them
through tough times. Music is a catalyst – it’s beautiful. It can be a
way of bookmarking seasons of life. It can be the best part of your
day, the best part of your night.
Ethan— Sometimes you have an idea before you go into a session
that you’ve had rolling around in your mind for a while. Other
times, you get the inspiration there and then, drawing it from other
people in the room within that moment – just like we did with the
Meduza track. Ideas often travel into new and different directions –
blossoming and getting better.
Josh— It links back to the age-old question: lyrics or melody first?
The truth is – it’s both. You can come up with a sick melody and
then crunch words into it. For us, the main thing we seek to create
when songwriting is something with an anthemic melody that
people can sing along to.
Johann— In the same way, when writing for church, we bear in mind
that we’re also writing for a congregation – so a song has to be
really singable.

Your new record has gained a lot of exciting coverage and
attention in the media lately. What’s the craziest thing that has
happened so far?

Ethan— Josh upgraded a guy’s Pokémon – that was pretty exciting.
Josh— Yeah, after one of our shows, a fan came up really close to us
and shouted ‘I’ve got my Pokémon to the final level and I want you
to press the button to upgrade it!’ that was crazy.
Johann— So by the time this interview is published, we would’ve
played at Wembley Stadium, opening for the Capital Summertime
Ball in front of around 90,000 people – we just found out now so
that’s pretty amazing! 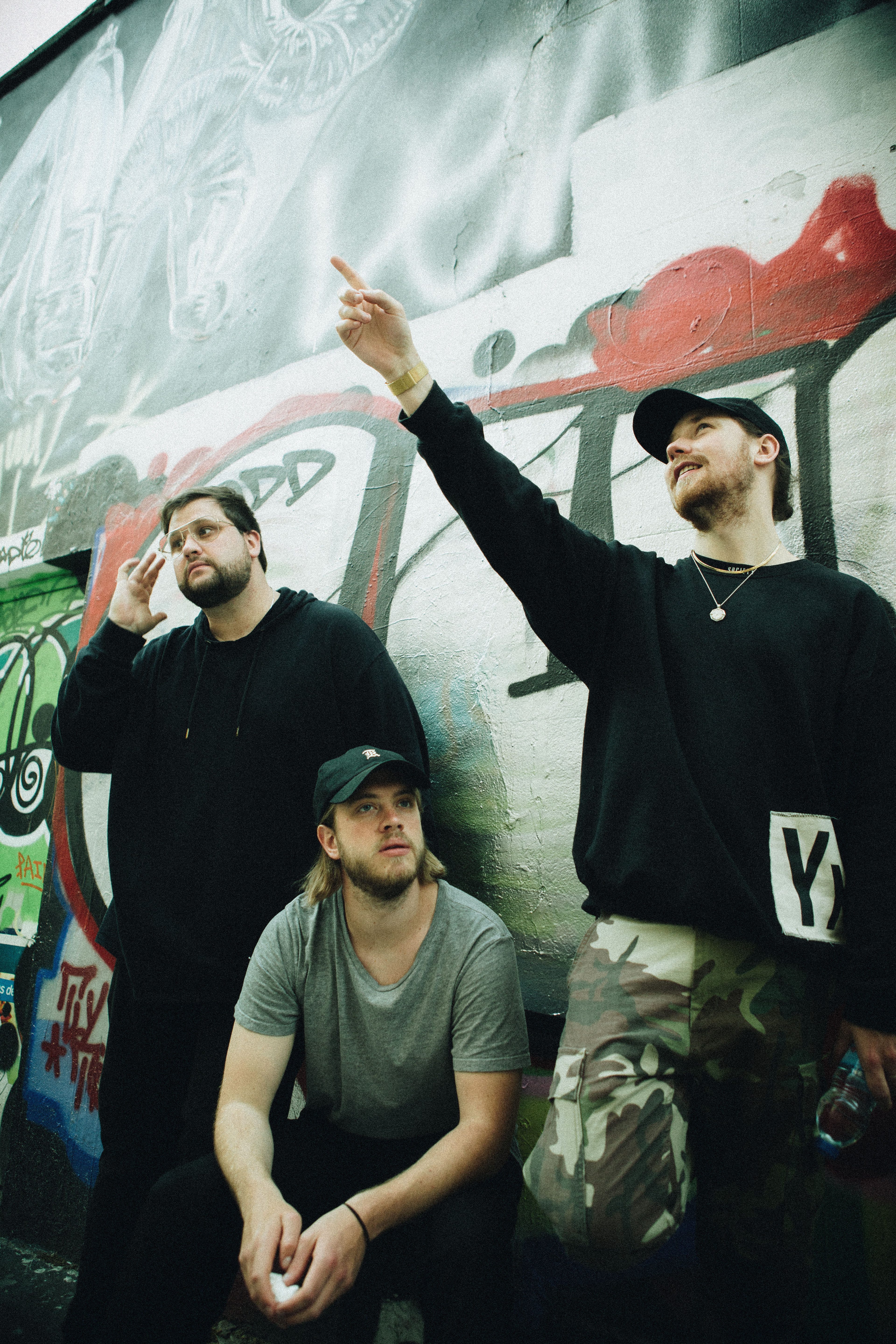 Has it been challenging balancing church life whilst also
navigating life in the music industry?

Ethan— Although it’s tough, I think that even if we didn’t work
for church, and we were volunteers, church would still come first
because that’s where our heart is. Church is the head and not the
tail. So, regardless of what success we have here, we’ll still always
put that first. Since we all work at church, there’s sometimes a bit
of juggling involved, but thankfully, church, and particularly the
people we work with, have really got behind us and the success of
the song. Church has made it as easy as possible for us and Pastor
Gary has been amazing.
Johann— Our success as a band was never really a career move
or something that we set out to do – we’ve grown organically and
gained momentum.
Josh— We were just as surprised as everyone else by the success
of the song! We’re just kind of working it out as we go. Like any
industry, the music industry is very fast-paced. You can be hot one
day and cold the next. There’s a lot of insecurity that can stem from
this, but the great thing is, over the years we’ve been so grounded,
and we have such an amazing family in church. We have a fresh,
faith-based approach, so we’re not reliant upon what we do next.
We don’t have to be scared, insecure, or feel the pressure of the
music industry that has a way of cracking so many people. We’re
just trusting God for what’s next.
Two years ago at a staff retreat, Pastor Gary had a prophetic
word for Josh about the impact of his music in the mainstream
sphere – we’d love to hear more about this.
Josh— We’ve been writing songs together for church for years, but
before this, we were mostly just writing songs for fun. Two years
ago at a staff retreat, Pastor Gary prophesied over me that the
songs I write will shift in focus from the church world and into the
mainstream world, and that these songs will have a real impact
on the music industry. At the time, it was a bit of a weird thing
because none of us ever really thought about becoming pop stars
or anything like that. Gary gave me a word, and Johann and I sat
down afterwards and dreamt about it. We had a few conversations
where we talked and imagined where we could take this. We prayed
into it and worked really hard for two years. I was writing about 60
to 70 songs a year, so the songs that you hear today are just the tip
of the iceberg. Gary gave us a word, we lent into it and took it by
the reigns. Faith without action is dead, so we just put some action
into our faith. 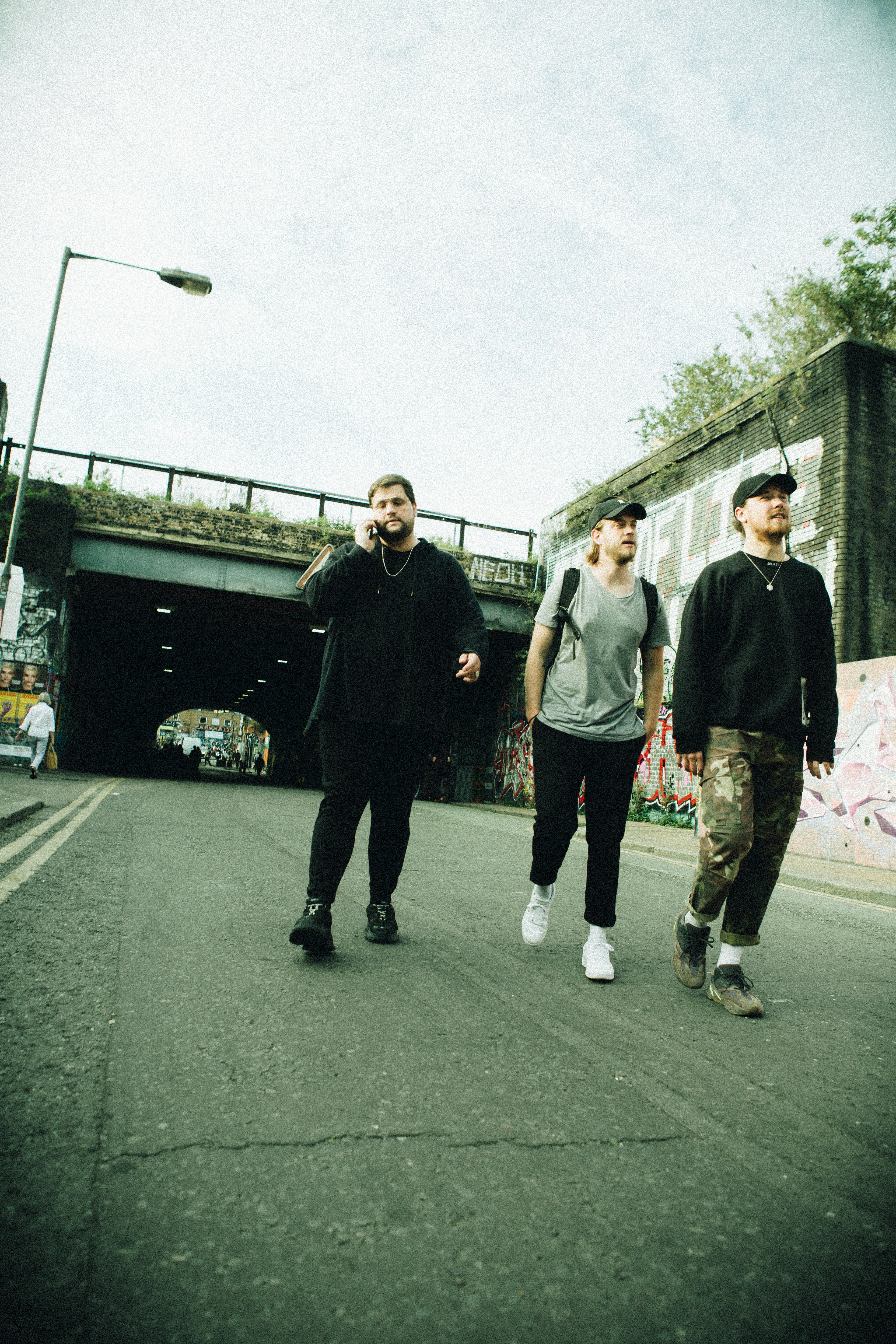 If you could collaborate with any other artists in the world, who
would it be?

There are so many people we’d love to work with. We’d probably have
to say Calvin Harris, Dua Lipa, DJ Snake, Marshmello, Rudimental or
Ed Sheeran!

So, what’s next on the horizon for Goodboys? Can we look
forward to any new songs being released soon?

Johann— We always want to be really collaborative, so we’re writing
with a heap of other artists. Josh has just been on a two-week
writing camp with Meduza, and I’ve done a bit of writing on that
camp as well, writing for one of their projects. Over the next few
months, you’ll see a lot more collaborations and features. We also
want to do lots of live shows around the UK and Europe.

Josh— Part of the reason we’re in this industry is because we want
to be a light. Even with the small bit of success that we’ve had, we’ve
had all kinds of people coming along to church that we’ve worked
with – from friends to producers, DJ’s, artists and label people.
Ethan— We hear a lot of fun stories about people who have been
at parties with friends, and the song’s started playing and they’re
able to say, ‘These guys are Christians.’ A friend of mine also told
me about a surgeon, who likes to have music playing whilst he
operates. One day during surgery, the song came on and everyone
was singing along to it. He told the team ‘Yeah, these guys go to
church.’ and off the back of that conversation, they actually ended
up visiting.
Johann— There are so many artists in church who are doing their
own artist projects, and we’re hoping that in the years to come
we’ll be able to collaborate with them too. We want to pioneer and
pave the way for others, so they don’t feel like they need to choose
between Christian and mainstream music, when actually, they can
do both. 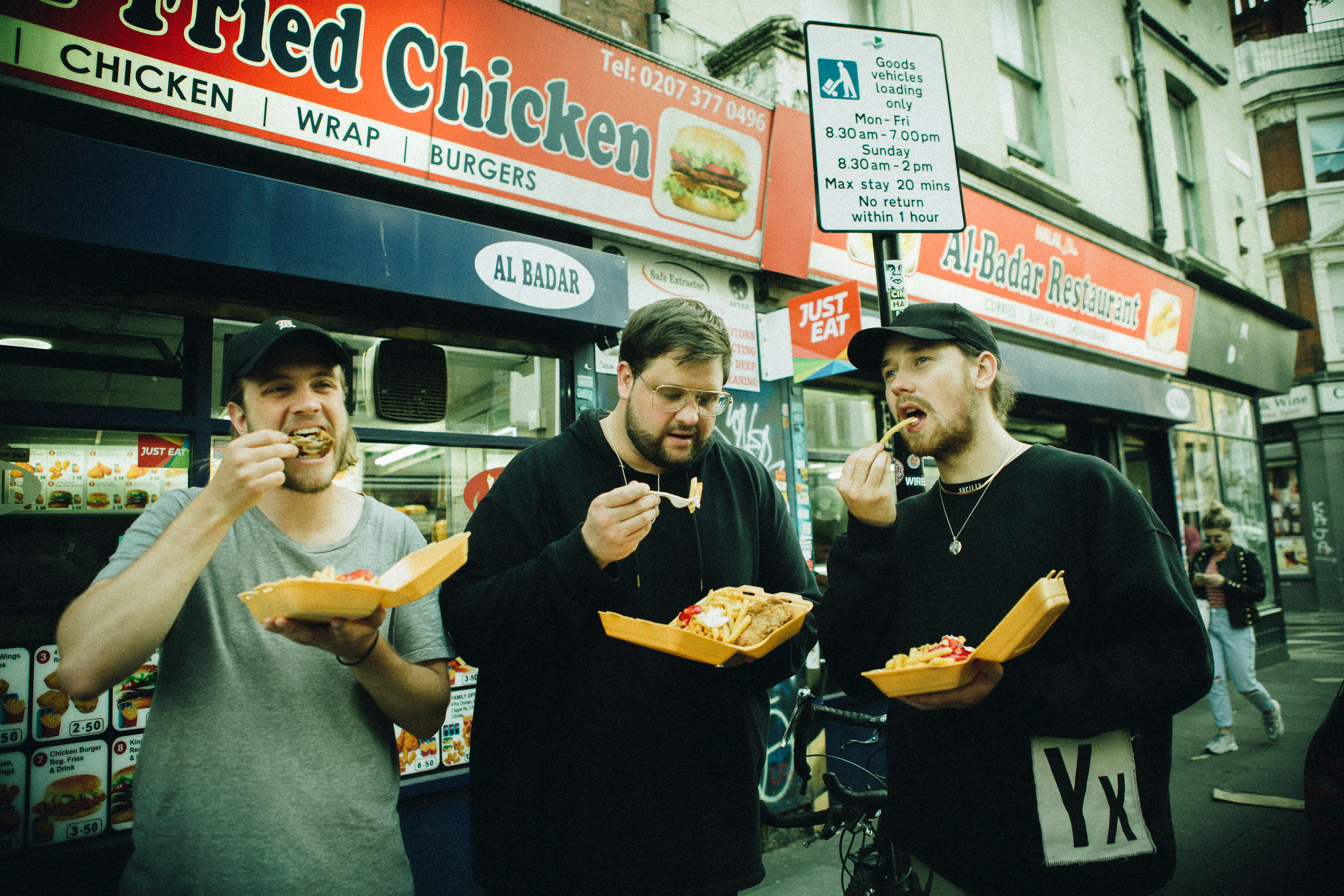 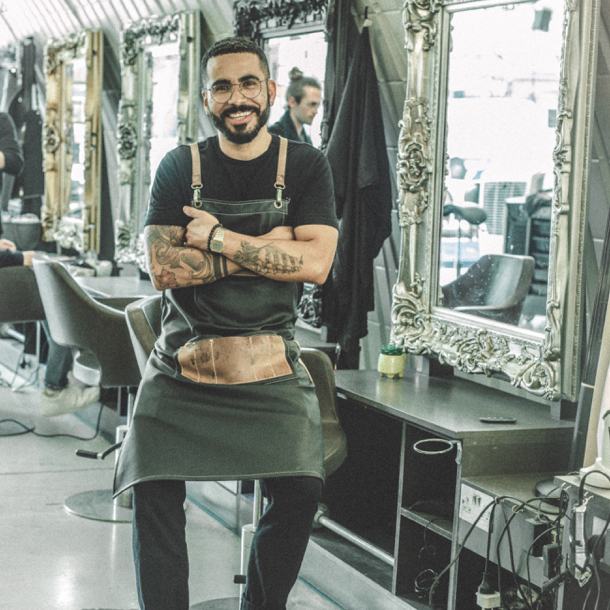 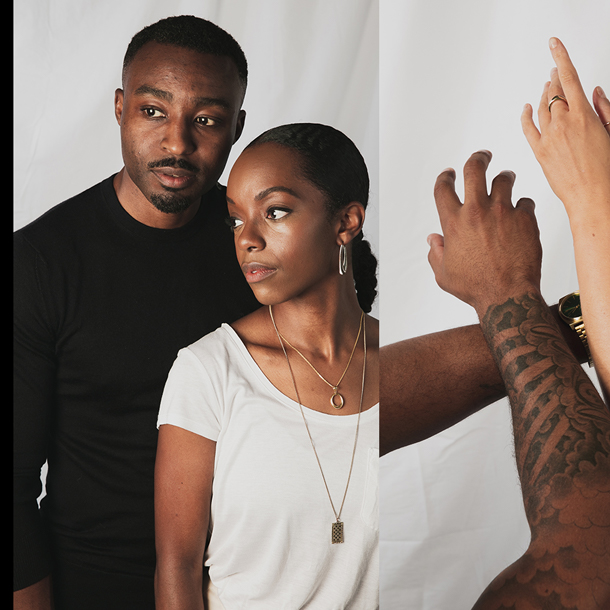 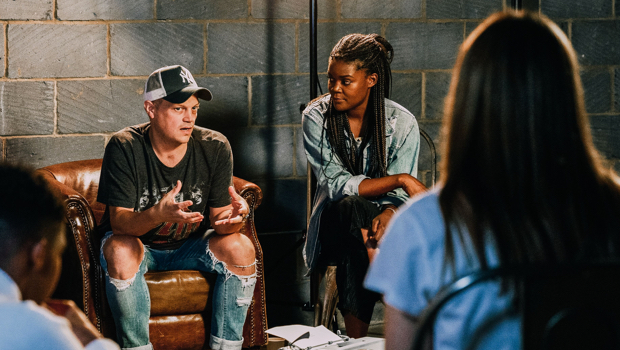