Lessons From My Dad

I thought I’d share some lessons I learned from my dad, Peter Stanley Lees Dooley, affectionately known as Big Pete (or The Destructor, if we were playing backyard cricket). Dad wasn’t a perfect man, but he was an outstanding example for my own journey through life. When I think of my dad, I think of a man who had much to offer, but nothing to prove.

So here are three things I’ve learned from him that have stood the test of time. I hope they bless you as much as they’ve blessed me.

Humility often gets a bad rap. People equate being humble with having low self-esteem or being a pushover. Yet nothing could be further from the Biblical concept of humility. I’ve always found the following definition by Pastor Rick Warren extremely helpful: ‘True humility is not thinking less of yourself; it’s thinking of yourself less.’

My dad got this balance of having a healthy self-image, without being self-centred, down to a fine art. What I learned from him is that true humility is a liberating quality. When you have no one to impress, it frees you up to give your entire attention to the things that really matter in life. You can get on with the business of living well –loving God and people, being there for your family, doing your life’s work to the best of your ability and pursuing the things you love (in Dad’s case, cricket, sailing and golf).

Dad’s self-worth was never caught up in his achievements. He knew how it felt to start at the bottom and rise to the top, yet success didn’t change him. He remained the same great person he’d always been, never putting on airs and graces. Thinking about Dad’s attitude to life, I’m reminded of what Paul wrote in Philippians 4:12–13 (NLT): ‘I know how to live on almost nothing or with everything. I have learned the secret of living in every situation, whether it is with a full stomach or empty, with plenty or little. For I can do everything through Christ, who gives me strength.’

Growing up, Dad didn’t have it easy. His older brother Len was considered the smart one in the family and sent off to university, while Dad had to leave school in Grade 10 to earn an extra income for the household. He got a job at the Department of Public Records, a government department in Sydney. In those days, everything was done manually, and Dad recalled filling in statistics by hand. This was exactly as tedious as it sounds, so much so that Dad’s supervisor regularly fell asleep by about 3pm. Dad would give him a nudge to wake him up, and say, ‘We’ve got another couple of hours to go!’

While Dad worked all day, he managed to finish his schooling at night with the help of Uncle Len. The upside of working for the government was it had programmes that offered time off to study. Keen to do a degree but having no idea in what, Dad broached the topic with an older colleague, named John McMahon, who suggested Dad do law. Dad wasn’t sure (probably because he’d been told his whole life that Uncle Len was the smart one). ‘Isn’t law for smart people?’ he asked. To which John McMahon replied, ‘No mate, anyone can do law.’ That bit of encouragement was all Dad needed to get his law degree.

He ended up doing very well for himself, building up a large legal practice in western Sydney with two partners. At the height of its success, however, Dad left Matthews, Dooley & Gibson to look after his family. Mum was battling mental illness and no longer able to cope with things at home and Dad had to step in to take care of her and raise us boys (I have two younger brothers). Essentially, he sacrificed his upwards trajectory at the big, corporate firm and went into private practice, renting a small office as his base, so that he had more time for his family, where he was now both primary caretaker and provider.

I remember visiting Dad at his modest, new office, which was worlds away from the shiny premises of Matthews, Dooley & Gibson. Yet none of that seemed to matter to Dad. He cared more about our wellbeing than any of the trappings of success. In this he was a truly humble man, putting his family above career success (which took great courage) and doing it with so much grace.

Dad treated all people well. He noticed everyone, expressed an interest in them and remembered their names. In fact, remembering people’s names was Dad’s superpower. When he was in hospital with the brain tumour that eventually cost his life, he knew all the nurses’ names and was on chatty, amicable terms with them. Whenever I visited, he’d introduce the nurses coming by to check on him, and every introduction included some titbit about each nurse’s life, like what her kids did for a living. It always struck me that even when he was in a fight for his life, he never treated people like commodities, but made everyone feel like they mattered because they really did matter to him. He loved people and was a friend to everyone.

3. Give God first place in your life.

My dad loved Jesus as his personal saviour and threw himself into building a great relationship with the Lord. This was the secret to Dad’s success. As far back as I can remember, Dad loved and honoured God in good times and in the not-so-great times. It was who Dad was and how he raised us.

Standing next to Dad in church was always an experience. He didn’t just sing; he bellowed every hymn. As a kid, I was slightly embarrassed by this, but now I’m proud of my dad’s attitude. How he belted out a hymn was how he was – someone who gave his very best. (The first time I spoke at one of our church services, Dad gave me some practical advice. ‘Keep it simple,’ he said. ‘Three points and a poem and you’ll be good to go!’)

For many years, Dad served as a greeter on the door at our Hillsong Hills Campus in Sydney with my father-in-law Douglas Wylie (or the Irish General, as Doug was affectionately known). Dad would do these big cases during the week, appearing before the Chief Justice, and then, on Sundays, shake hands with people at the church door, welcoming them into the House of God, with a big smile and a few jokes, which he considered a great privilege.

Let me conclude with what it says in Proverbs 3:5–10 (TPT), which I’ve quoted at length because that was how my dad lived and how I aspire to live too. ‘Trust in the Lord completely, and do not rely on your own opinions. With all your heart rely on Him to guide you, and He will lead you in every decision you make. Become intimate with Him in whatever you do, and He will lead you wherever you go. Don’t think for a moment that you know it all, for wisdom comes when you adore Him with undivided devotion and avoid everything that’s wrong. Then you will find the healing refreshment your body and spirit long for. Glorify God with all your wealth, honouring Him with your firstfruits, with every increase that comes to you. Then every dimension of your life will overflow with blessings from an uncontainable source of inner joy!’

My prayer is that these verses will tell our story too. 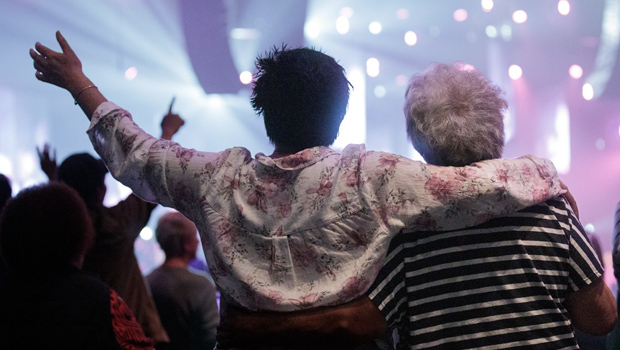 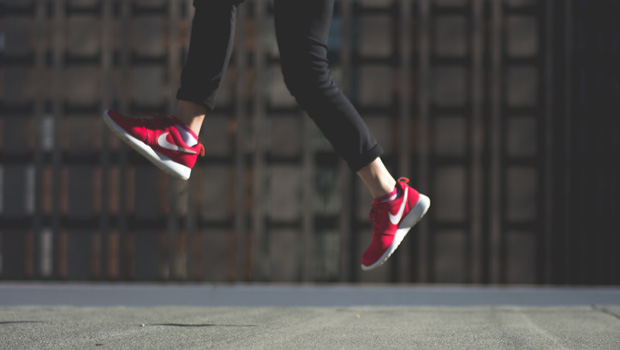