“I came to Hillsong broken and traumatised, but I know who my God is and what he can do. This is my story.”

It was midnight when they came for us. My husband and I were asleep in one bedroom and my mother-in-law and sister-in-law in the other. They pounded on the door with their fists and then broke the lock. Ten men dressed in military uniforms with balaclavas and carrying guns, stormed our small apartment, grabbed my husband out of one of the bedrooms and threw him onto the couch. I lay in bed. Frozen. My heart was thumping, and my throat had gone dry. They pointed at me and shouted: “Get dressed NOW!”

It was 1984 and our country was in crisis. For 10 years, Chile had been under the rule of the brutal dictator, General Pinochet and anyone who opposed his regime was executed or kidnapped. As peaceful protestors with a Christian political party, my husband and I were some of the many thousands of people who were targeted.

On the night of the kidnapping, we were blindfolded, thrown into a utility, dumped at an interrogation centre and questioned with 300 others for 6 hours. The next day, I was transferred to a torture chamber and strapped to a metal bed. For the next 8 days and nights, I was subjected to horrible abuse. They were trying to break me. I was 19, newly married and 4 months pregnant. 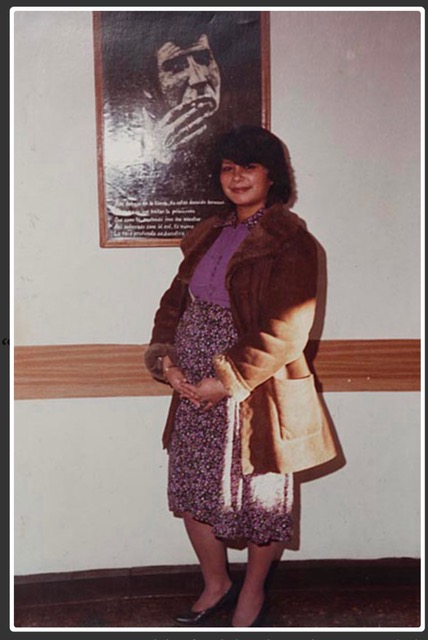 7 months Pregnant, on a visiting day at San Miguel Jail in Santiago, Chile 1984 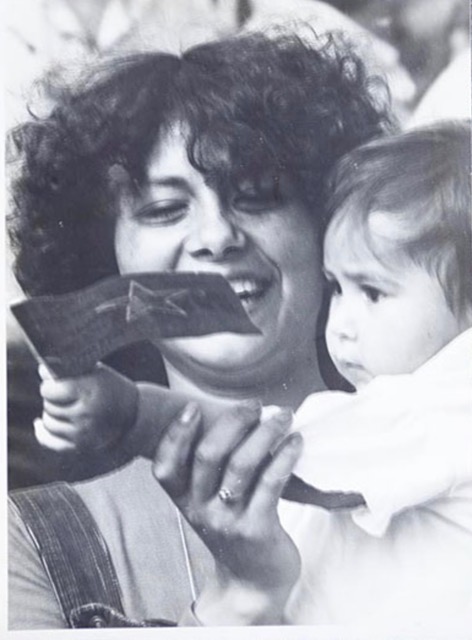 This in a protest against Pinochet’s regime in November 1985 when my husband Jose Minguez was still in prison at Santiago’s Penitentiary, Chile

One final stop was a prosecution centre and that’s where I saw my husband for the first time in 10 days. He was bloodied and dirty and still wearing the same pyjamas from the night we were abducted. His ankles were chained, and he was shackled to other men. I was so happy to see him. I asked the guards: “Please give me one minute to speak to my husband.” Then I saw him being led away. I pushed past the police, threw my arms around my husband’s neck and kissed his face. I couldn’t stop crying. I whispered the same thing over and over: “I love you. I love you.” The guards pulled me away and we were both charged and sent to prison.

That’s when the mental torture began. Solitary confinement was nothing but a tiny, dark cell with a threadbare mattress. I cried so much over the 5 days. With so much time to think, I questioned everything, including my faith. I couldn’t understand why God would allow this to happen.

I was in jail for 5 months and released a month after my daughter’s birth. My husband was liberated a year and a half after that. But Chile was no longer safe, and we were not safe. A year after the birth of my second child, the secret police went to the day-care centre and tried to take both my children. It was time to leave the country, so we applied for refugee status. We arrived in Australia in 1988 — completely broken. We had no family, no support, no clothes, no toys for the kids and we didn’t speak the language. The only baggage we carried was emotional and psychological. 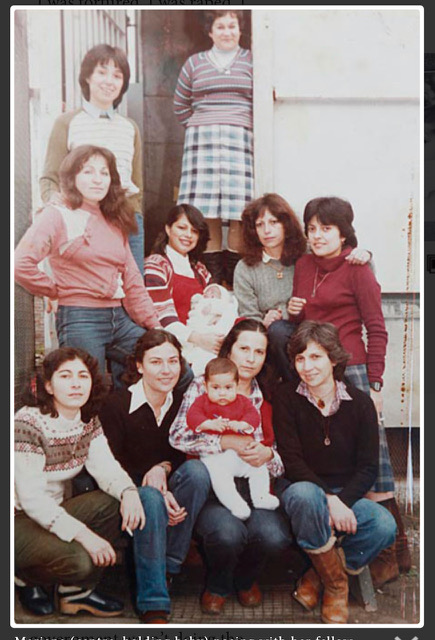 On a Visiting day with all the women political prisoners at San Miguel Jail in Santiago, Chile, right after having my baby. The other baby was  6 months old Simon, also born in prison. 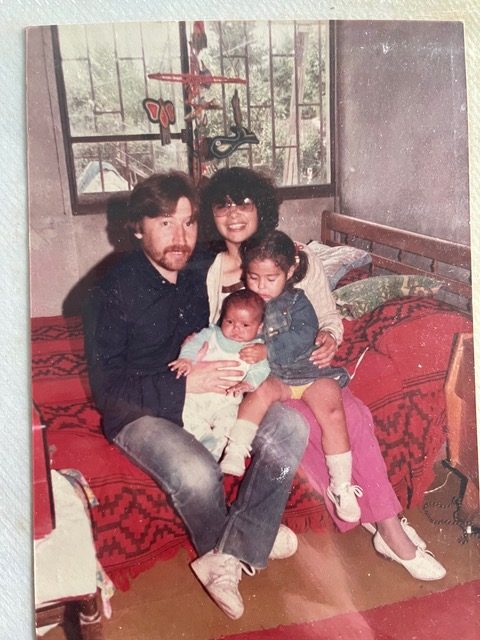 In our apartment in Santiago, when our daughter was 2 years old and our second child was 1 month old.

Every day was a struggle. In Chile, I had been leading revolutionary social justice and health programs — ones that had been adopted by the Catholic Church and the United Nations — but in Australia, I couldn’t get a job. We were always in debt. I felt lost. Aimless. I suffered with PTSD.

In 2003, we were invited to a small church. That night they had a visiting preacher from Italy and at the end of the service, she called people to the front for prayer. She laid her hands on me and spoke things I had never told anyone. In that moment, I realised God had been with me all along. I cried for a week.

Three years later, I went looking for a youth group for my youngest son and found Hillsong Merrylands. He would go to youth group on a Sunday morning and I went to Hillsong Hills Campus on Sunday nights. In those services, I had an encounter with Jesus. My anxiety and depression lifted. Before that, I would have cycles of depression and stay in bed for weeks, but as I sat under the word each week and immersed myself in worship, my mood changed. I would wake up happy instead of fearful. 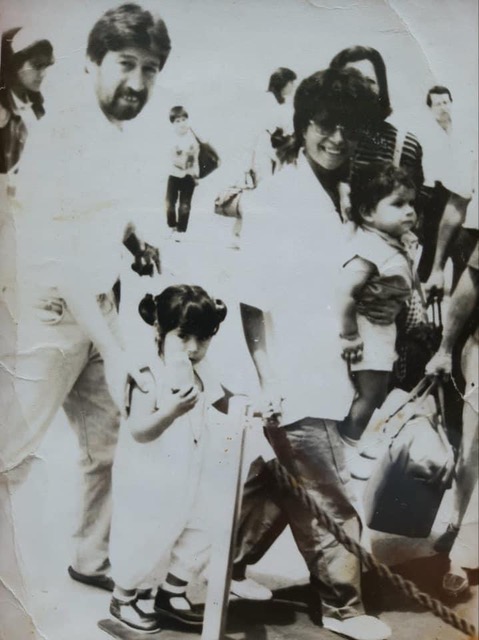 Here is boarding the plane to come to Australia in 1988. I knew my mum was going to buy this photo. Although we had been crying so much I said to my husband “we need to smile because my mum will buy this photo and I don’t want her to see us crying all the time”

I began to feel hopeful and safe and that my best days were ahead of me. I started to understand and apply biblical principles on grace and finance and prayer. One Sunday, a message from pastor Brian on using what’s in your hand, inspired me so much — I enrolled in a nursing degree. I graduated at the age of 45.

That wasn’t the only miracle. We saw my daughter delivered from drugs and a few years ago, and after living in housing commission for many years, we were able to buy our first property.

I had one more dream in my heart and that was to contribute towards all the incredible outreach projects our church supported: Compassion, A21, and Vision Rescue.

I knew about sadness and suffering and I wanted to give back. Now we are a part of the great work our church is doing.

My life has been fully restored. My three children and my five grandchildren are all at Hillsong Church and their future looks so much brighter than my past ever did. 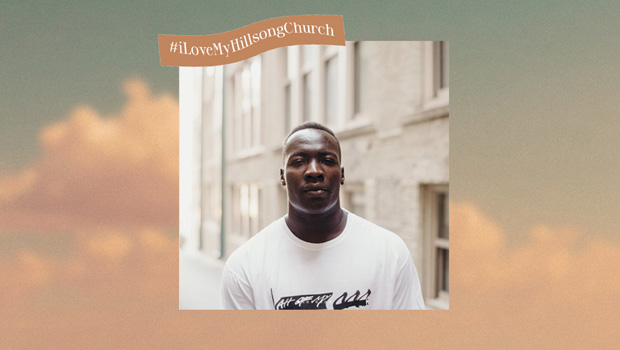 My Story: A new purpose and peace that surpassed understanding
I loved God, but was questioning everything that was going on around me.
Hillsong Team 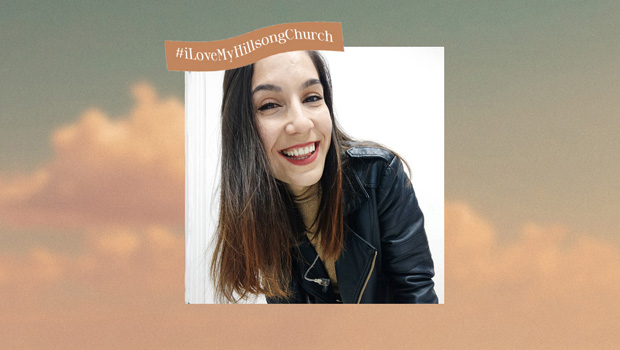 My Story: A purpose from which I could not escape
Little by little my heart was healing.
Hillsong Team 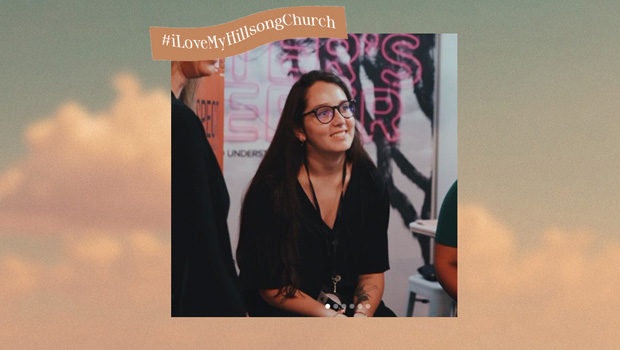 My Story: The Church is needed
She’s the Bride of Christ. She’s how we get to outwork the love and grace and mission of Jesus on this earth.
Hillsong Team