“It was as if God was shining a spotlight on my tiny little country. I felt like God was saying: ‘I have seen.’ It gave me so much hope”

The escape happened so quickly. One minute, I was at school with my friends, and the next minute, I was being shuffled out the front door by my mum. There were no goodbyes. I wasn’t allowed to speak to anyone. We took two bags, a little bit of food for the trip and some money. “Walk straight and don’t make eye contact or we’ll go to jail,” my mom whispered to my younger brothers, my cousin and me. We quickened our pace and hung our heads low until we got on a bus. 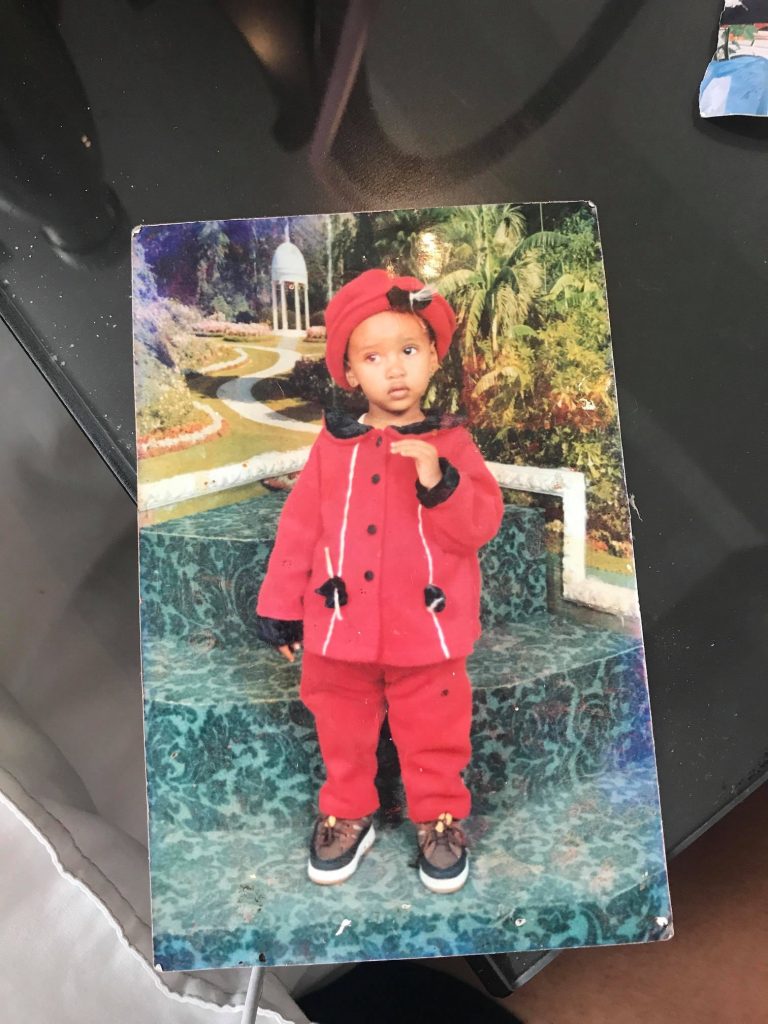 I was only ten and didn’t know what was going on, but I knew it wasn’t good. In the years before we left, life in our little east African country of Eritrea had changed after the Government ordered the closure of all non-traditional churches. The police went from house-to-house arresting pastors and taking them in for questioning. Some of them were never seen again. Some were made to sign statements denouncing their faith — if they didn’t, they could be executed. Praying was not allowed, worshipping at home was not allowed, Christian weddings were not allowed. Security forces monitored phone calls and conducted random raids. One night, a group of men came to our house looking for my uncle, a Pastor who was in Germany for a Christian conference. They asked lots of questions and beat up my older cousin and then they found and burnt all our Christian books. Around the same time, the military was a growing regime. They asked my dad to sign up for another 10 years of service, but he refused and was forced to flee or be hunted down.

Eventually, my mum felt it was time to leave. She knew men with guns could turn up at any time and demand information and ransack the house. As kids, we were used to hiding, lying to the authorities about dad’s whereabouts and seeing things no kids should ever see. Our escape plan mirrored that of many others. Mum found people smugglers who demanded money in exchange for assisting us. It was a lot of money and mum had to sell her wedding ring, her gold jewellery and our big couch. We were now on the run. At every stop, we looked out the windows of the bus and saw soldiers brandishing assault rifles. Mum was on edge. Every now and then, she’d look at us kids and whisper: “Don’t make a sound. Pretend you’re asleep.” We made it to the village and stayed with a friend overnight. The next day we met up with the smugglers – two scary looking men who told mum to get in the front of their pickup truck and commanded us kids to lie down in the back. They drove for a whole day over bumpy potholed roads. The sun was so hot. We felt like we were melting. Mum tried to give us a bottle of coke, but the men shouted, “NO! Not now!” It wasn’t safe. We eventually arrived at a squat concrete house in a remote village, where the smugglers hid us in the basement. There was only one bed, so my cousin and I had to sleep on a mat on the floor. There was no electricity and at times the temperature  reached over 110 degrees. The food made me very sick. At night, we were bitten by little ants, which left welts on our legs. If someone knocked on the door, the smuggler’s family would tell us to be quiet or hide under the beds. After two weeks of living in hell, the smugglers upped the stakes. They called my dad and told him they had his wife and children and to send more money. Finally, we were on our way. At 5.00 am in the blackness, the 2 men led us and other asylum seekers onto a packed bus. Everyone was wary. At certain points along the way, the driver would shout, “Quick! Hide under the seats!”. Some of the refugees were crying. After hours and hours on the road, we finally arrived in Khartoum, Sudan — which was considered a safe haven for Eritrean Christians. When the doors of the bus swung open everyone cheered. My dad was there waiting for us. 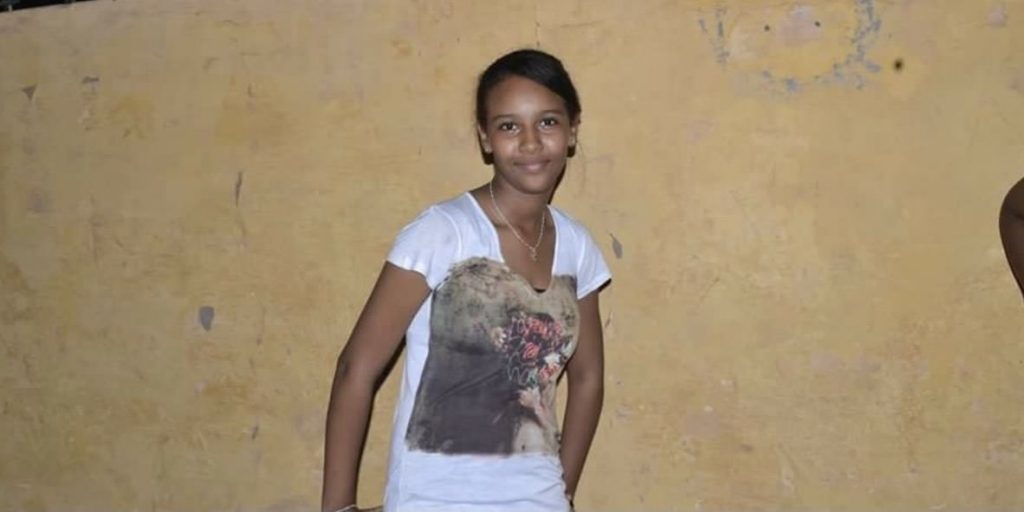 Our days in Sudan were long and boring and we watched lots of movies. We spent five years living in a guest house prepared by a local church. I couldn’t go to school. During this time, our pastor, who had relocated to Canada years earlier, offered to sponsor us under a refugee resettlement program, but there were still some hurdles to jump over. Seeking asylum is a long, drawn-out process. There’s a lot of paperwork and formalities and interviews with embassy staff. But after five years of waiting, we were finally approved and ready to start our new life. Getting off the plane at Winnipeg International Airport was a shock. The first thing that hit us was the cold. It was January — one of the coldest months of the year. Our pastor picked us up from the airport and drove us to his home where many people from his church were waiting to welcome us. Everything was so strange and new: The culture, the language, the food — but after a while, my dad got a job and we moved from the pastor’s house into our own home. I went to school to catch up on all the years I had missed and then after securing a scholarship, I graduated from college at the age of 19. My parents had hoped I would study law or medicine, but God had something else in mind.

At the end of 2018 — Hillsong College popped into my head. I couldn’t shake it. I loved Hillsong music and although I didn’t know who it was at the time, we sang Hillsong music in Africa and then at youth group in Canada. One of my good friends who had returned from Bible College told me his experience, and even though there was some spiritual opposition, I knew I needed to do this for myself. Miraculously, everything fell into place. My passport arrived quickly, and my citizenship came through in record time. I landed at Sydney airport in July of 2019, hungry for God, desperate to learn more about the Bible and keen to join the Hillsong College Creative Stream. Over the next twelve-months, God did a quick work in me. I carried a lot of PTSD (Post-traumatic stress disorder) from my past, but Hillsong College was such a safe and nurturing place. Going to College Chapel services, being immersed in worship, and sitting under God’s word, allowed me to heal. I also had some very deep conversations about my childhood with fellow students and lecturers who gave me strategies for overcoming the scars of my past. The flood of emotions hit me quite unexpectedly. I was in Spirit-Filled Living class one morning, and we were talking about the Holy Spirit when I suddenly broke down. My mind flashed a film reel of my life and what could have happened to us in Eritrea. We could have died. Another narrative ran parallel – the one where I saw God’s intervention and protection: My mum with her hand on my back on the day we left Eritrea and quietly praying: “I am covering them with the blood of Jesus Christ,” and mum on her knees in that dark, oppressive basement, crying out to God. I saw the church in Sudan holding 5 am prayer vigils. In that moment, I had an epiphany — that despite my sense of unworthiness at times and my anxiety, God had saved me for a reason, and I could do great things for Him. 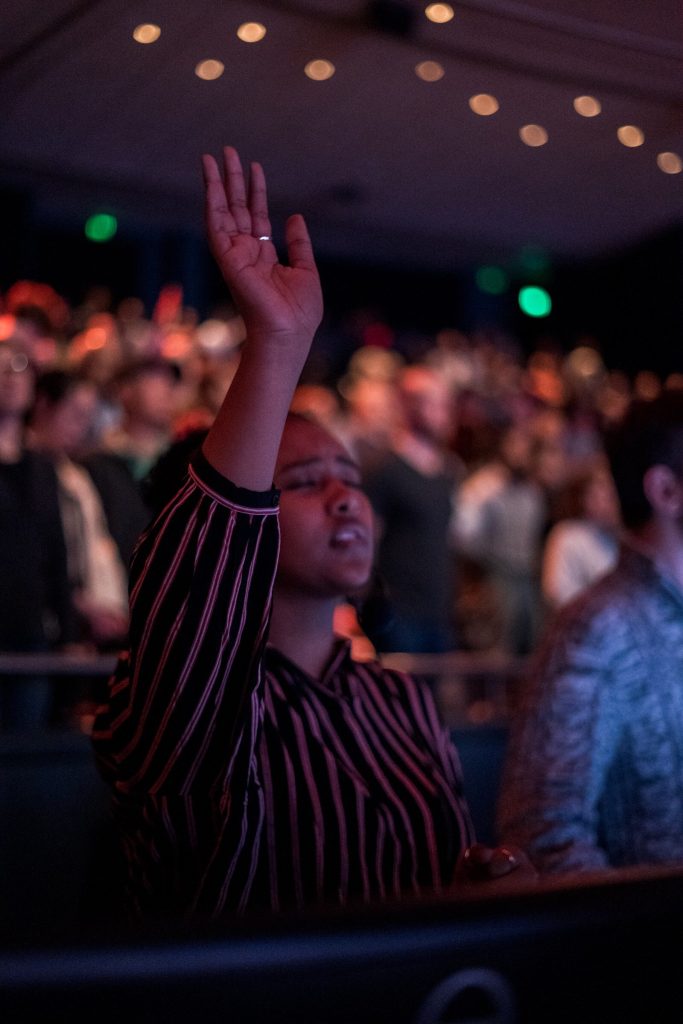 In March of this year, it all made sense. I was sitting on couch in Sydney with my flat mates watching Hillsong’s Colour Conference online when I heard a familiar refrain. My heart skipped a beat. I turned to my housemate and said, “Tell me I’m crazy, but this is an Eritrean song. I know this person!” I sat on the edge of my seat and watched the session on Open Doors, an organisation that supports Christians who are persecuted. The focus of the story was a young woman called Helen, who, like our family, had attempted to escape the persecution but ended up in jail. Everything about Helen’s testimony was so familiar: The shipping container, the places, her voice. My parents knew Helen and her story was well known in my community. I turned to my housemates and said, “Oh my gosh! Millions of women will see this!” It was as if God was shining a spotlight on my tiny little country. I felt like God was saying: “I have seen.” It gave me so much hope. For me, it was personal. Everything I’ve been through over the past 22 years and my time at Bible College, was all about equipping me for the next step. I believe God will change our country and if He chooses me to be a tool, I am willing. I am no longer that small, frightened little girl, running for her life — I am now a woman with confidence and purpose, and on a mission to seek justice.