“Choking back tears and silently praying for strength, I went into my son’s hospital room after that meeting and that’s when I saw it. A sign.” 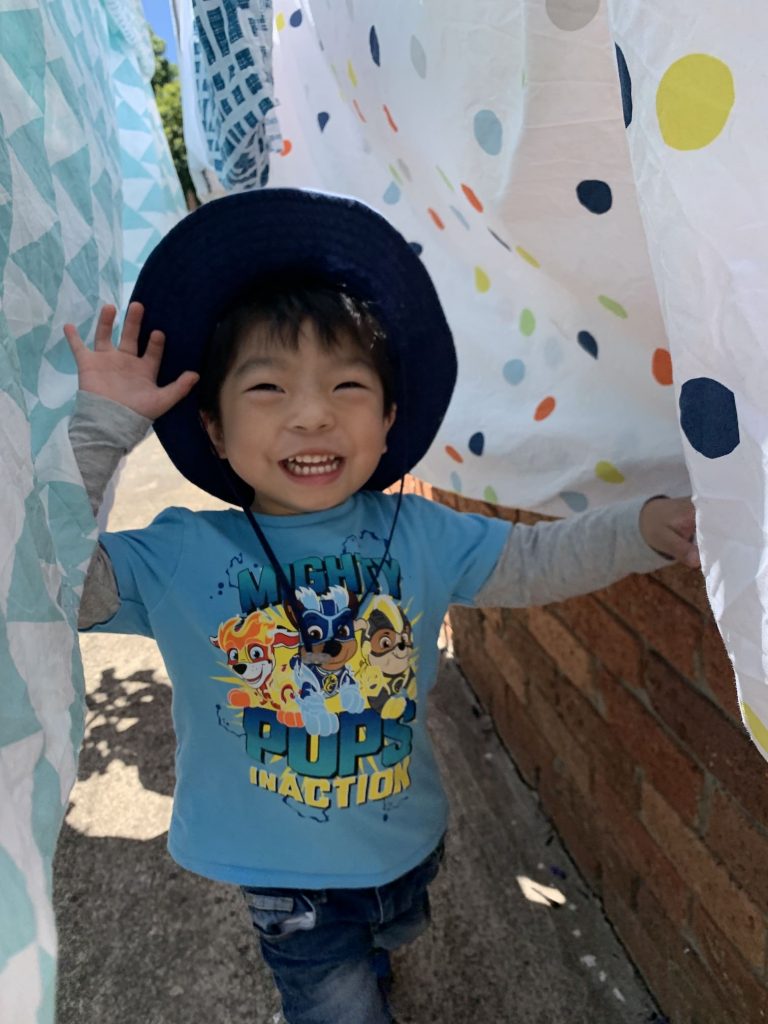 We just thought he was sleeping in after having vomited the day before, but when we couldn’t wake him, I knew something was very wrong. So, we carried him to the car, bundled our two other boys into the back seat, and drove to the GP. She took one look at our four-year-old and told us to go straight to emergency. It was like a scene from a movie. Hospital staff ran from all directions and wheeled Jacob into a small room where a team of people started working on him. His right lung had collapsed, and he had to be intubated.

An hour later, after a CT scan, the neurosurgeon took my husband and I aside. “Your son has a clot in his brain,” she said, handing us some paperwork to sign. “He needs emergency surgery.” I couldn’t believe this was happening. The day before, my outgoing little boy – the same little boy who forgets to say goodbye at the Kindy gate— had taken me by the hand and asked me to play with him. Now, we were being told we could lose him.

Over the next nine hours while my son underwent surgery, we reached out to the church we’d left in Hong Kong after immigrating to Australia. A prayer chain began. At 10pm that night, after weeping and praying in a private room, we got called into a meeting. I can’t remember exactly who was there, but I do remember what they said: “We found some abnormal tissue in your son’s brain. We’ve removed it and sedated him.” 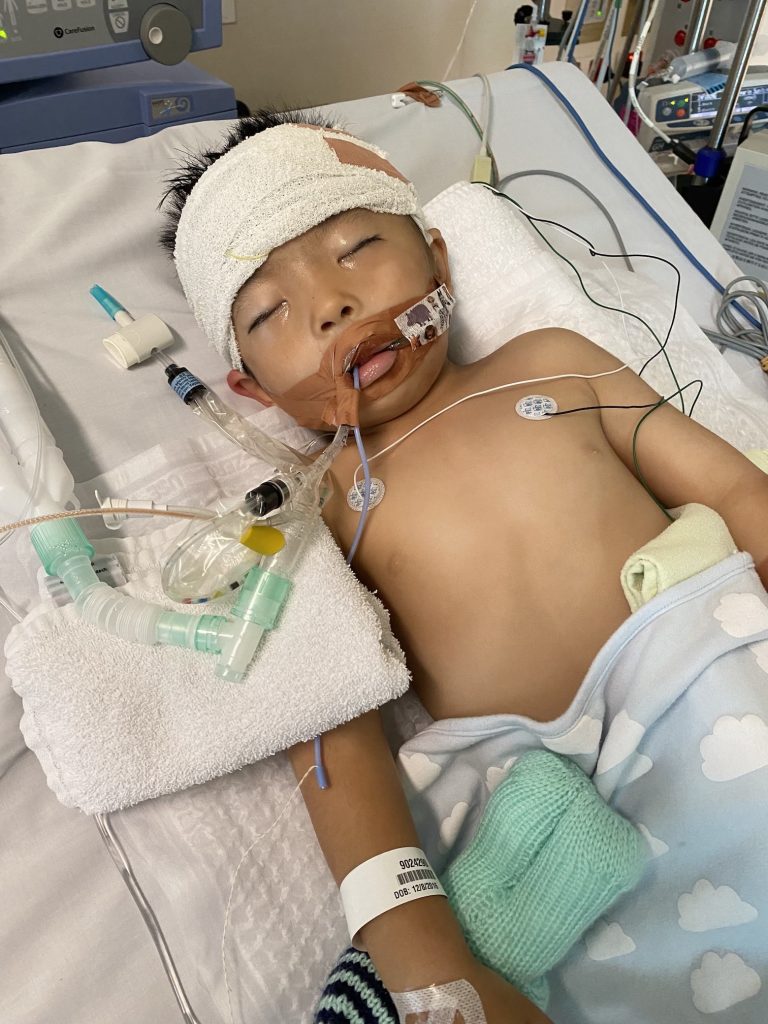 A few days later, we met with a team of specialists who told us they found an aggressive tumour the size of a mandarin in Jacob’s head. They also said he might never be able to walk or talk properly due to nerve damage. Choking back tears and silently praying for strength, I went into my son’s hospital room after that meeting and that’s when I saw it. A sign. Jacob’s right toe was wiggling. Doctors warned us Jacob might never be able to move his right side. This felt like God was sending us a message to have faith. Still, there was a way to go. When Jacob woke from his induced coma, he couldn’t hold up his head. He was floppy all over. I had to brace him from behind. I was holding Jacob and God was holding me. 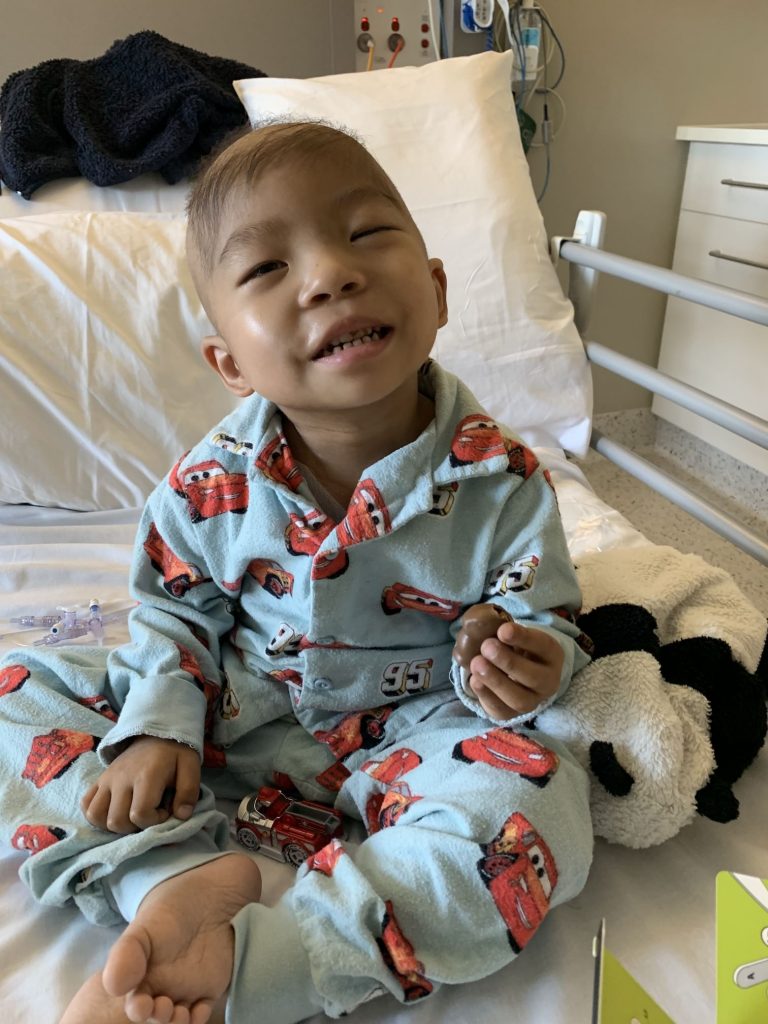 There’s no history of cancer in our family, so I couldn’t understand why my son had a brain tumour. But instead of focusing on the negative, I was thankful he was with us, and held on to hope. We did see improvements. Even though Jacob’s body was weak, cognitively, he responded and recognised characters in his favourite show.

In 2021, we began the first of six cycles of chemotherapy. That’s when we received another message from God: Rainbows. Between each cycle we got to go home for 1 -2 days. Each time we drove back to the hospital, we would see a rainbow. On the fourth cycle, the admission was at night, so no rainbows. Then out of the blue, my husband’s brother from Hong Kong, posted an image to the family chat: It was a rainbow. He is with us! 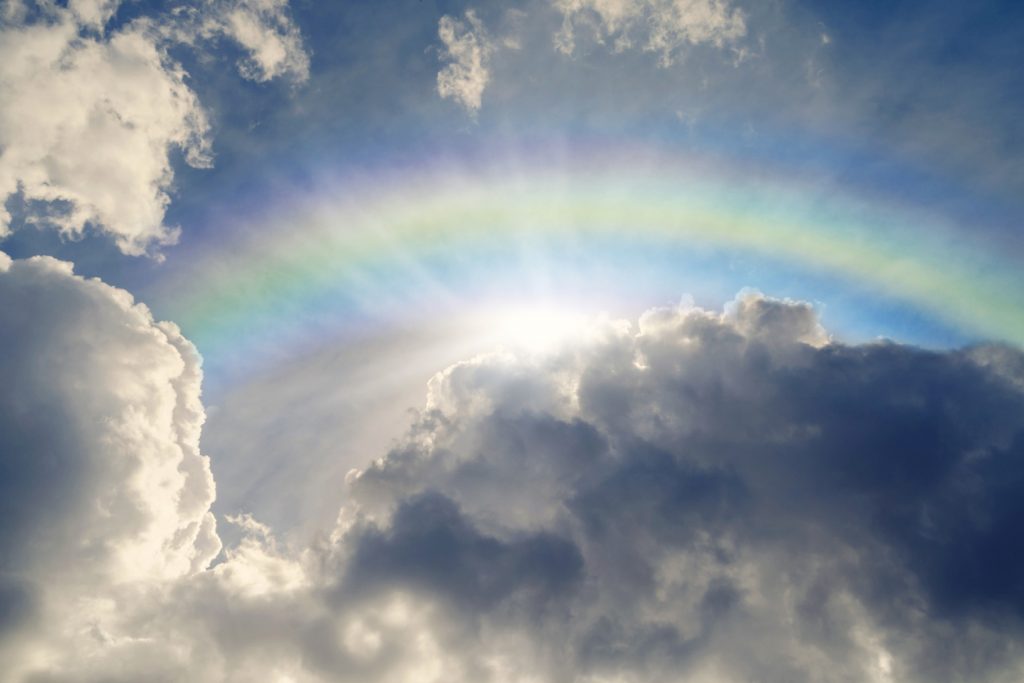 Throughout Jacob’s treatment, we took daily communion, listened to sermons, and had prayer groups upholding us. In the car and in the hospital room, we played Hillsong’s What a Beautiful Name. The walls of Jacob’s room were plastered with scriptures: Cast all your anxiety on Him for He cares for you (1 Peter 5:7) and we prayed Psalm 91.

Then we stumbled across Hillsong Kids Online. Jacob watched from hospital and the other two boys from home. The team always prayed for us and gave regular shout outs. The kids loved it when they got a mention. Jacob would squeal “That’s me!” In the car, the kids often sang along to the Crazy Noise song and broke out into fits of giggles. On Jacob’s fifth birthday, the team from Hillsong sent Jacob a video from Funny Man Dan and a care package. We’d done so much crying, but these lighter moments brought so much joy. 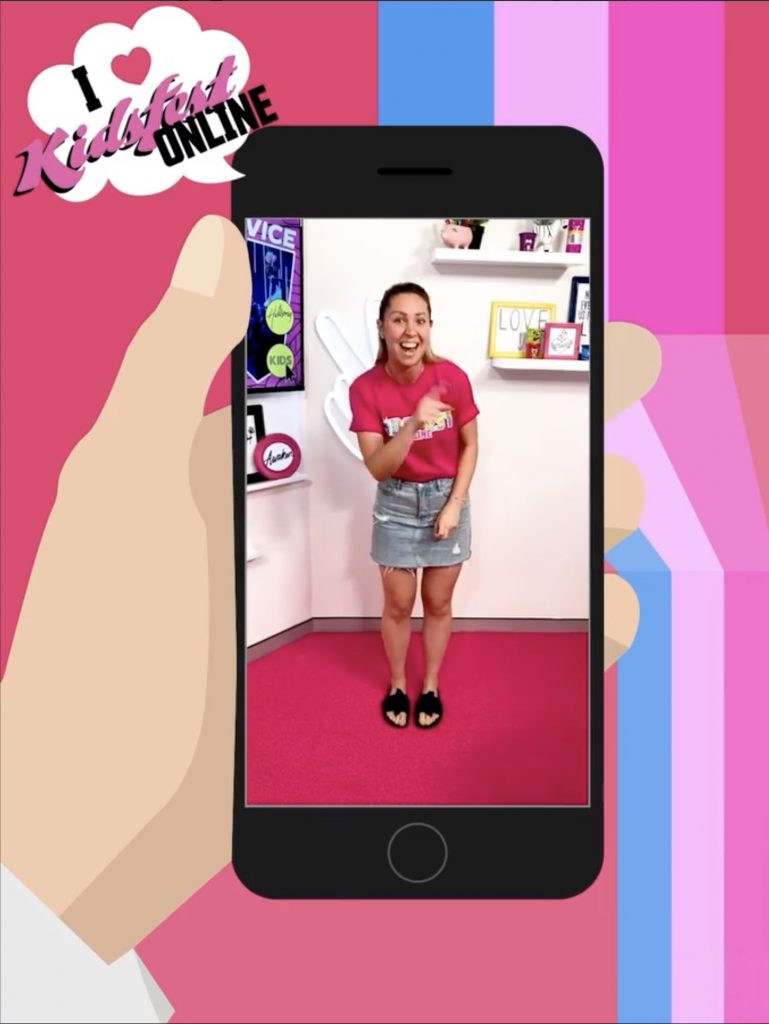 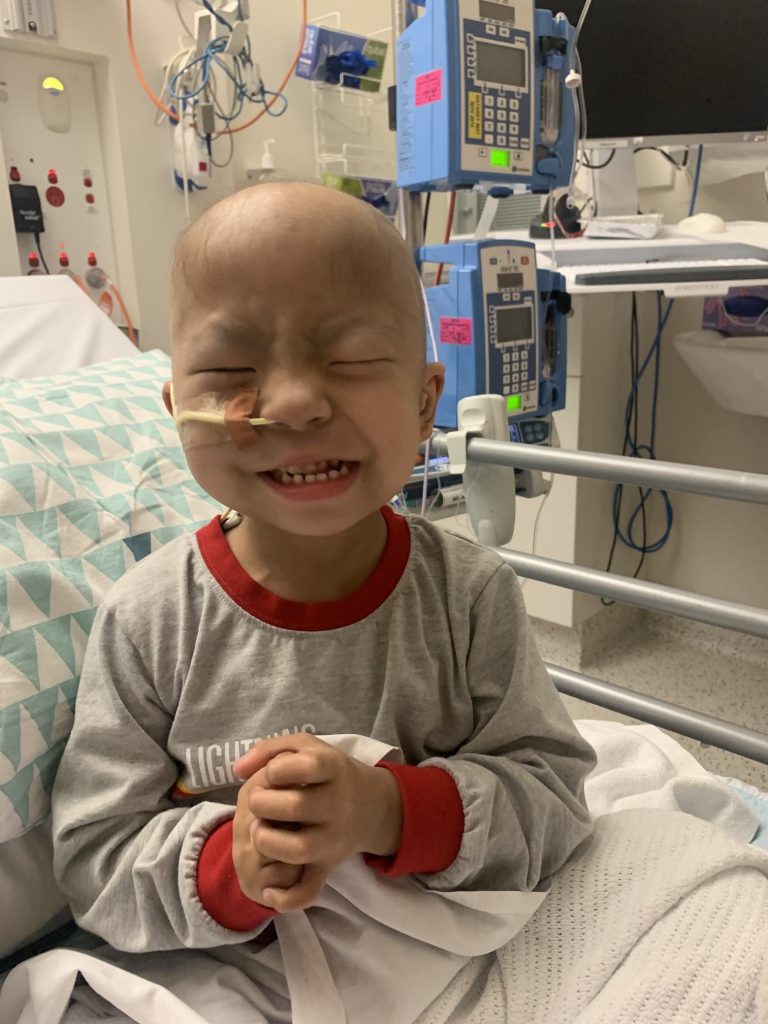 Hillsong Kids were like human angels and then my son told me he saw real angels. One time in the car, I asked Jacob “Have you ever seen angels?” He nodded. “Have you seen angels at home or in hospital?” I asked. “In hospital,” he said. I pushed deeper. “How many of them where there?” “100 angels,” he declared. Some days I’d go into the hospital and find Jacob staring at the ceiling. Was that another sign that guardian angels are watching over my son?

Postscript: Jacob is now walking with the aid of a walking frame; he is back at Kindy and his last MRI was clear. 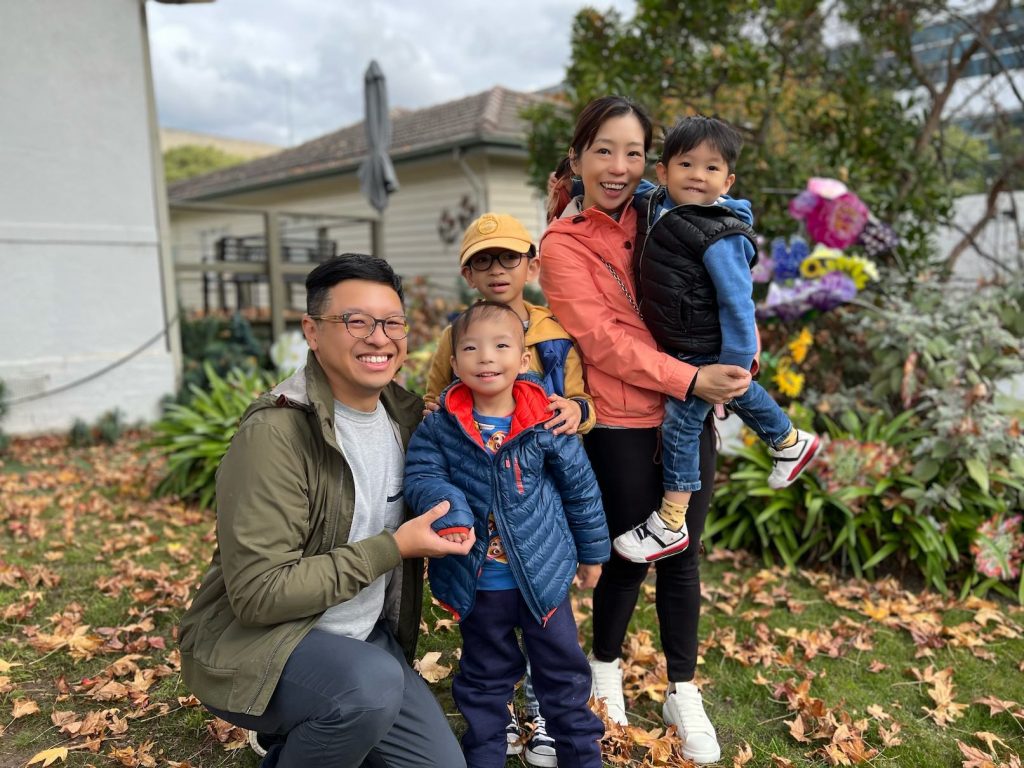 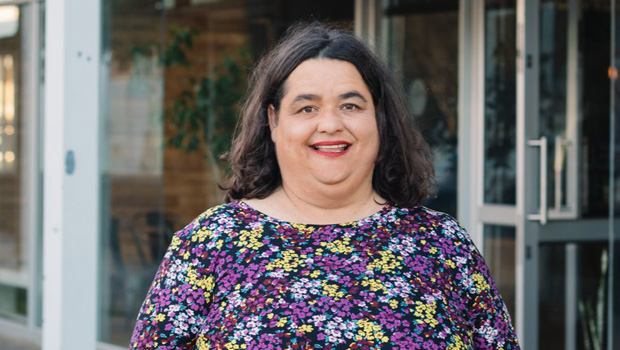