“Once again, I found myself slipping into a depression and then one morning, as I stood in the middle of my bedroom, a voice rose in me that said. “NO! You are not going to lose hope.”

In 2015 I wrote in my diary: “One of my dreams is to go to Hillsong when I get to Australia. I’ll do anything to make it happen and by having Jesus by my side, nothing is impossible with my Almighty God.”

At the time of writing, my dream was an impossibility. I was 16 and living in Jordan with my family after having fled Northern Iraq. A take-over by ISIS had seen parts of my country overrun. Thousands of families had fled Mosul and other towns with nothing but the clothing on their backs. Refugees were everywhere and our country was no longer safe. We heard so many stories of kids who had seen their parents or siblings killed in front of them. Although we hadn’t been targeted, my dad knew it was time to leave and applied for a humanitarian visa for Australia.

Our transition country was Jordan. The move hit me hard. On the day we left, about 30 friends and family — some from church, gathered at the airport to say goodbye. As I hugged my two best friends — girls I knew since we were little, I sensed I wouldn’t see them for a long time and wouldn’t get to graduate with them. I was a big dreamer and all I wanted to do was finish my studies — but in Jordan, that wasn’t possible. I was desperately unhappy and had lots of panic attacks, particularly at night. For three years, we lived in the wilderness.

I had no friends, no sense of purpose and no-one to talk to other than God. I’d remind God of my hopes for the future and pleaded for a miracle. “Why God?” I’d pray. “You created the heavens and the earth; so, a visa application should be nothing to you.” My go-to song was Prince of Peace by Hillsong United. I listened to Hillsong in Northern Iraq and now in Jordan. The lyrics spoke to me: Your love surrounds me when my thoughts wage war. When night screams terror, there Your voice will roar. One night, I heard God’s voice. Ever since I was little, I had asked God to appear in my dreams and then He did. I had fallen asleep when — in my dream like state — a warm light radiated over me. I looked up and saw someone standing over me wearing a white robe. His voice was deep. He spoke in Arabic. He said the same thing over and over again: “I am The One and I will make a way.”

Shortly after seeing God in that dream, we had a glitch in our visa application. Once again, I found myself slipping into a depression and then one morning, as I stood in the middle of my bedroom, a voice rose in me: NO! You are not going to lose hope! I spoke directly to Satan. I told him. “Satan … whatever you are trying to do, it’s not going to work. I’m not going to let you bring me down.” A few weeks later, we received the phone call we had all been waiting for. It was the Embassy informing us the visa had come through. On August 17, 2017, two years after my diary entry, and after a 13-hour flight, we touched down in Melbourne. My aunty collected us at the airport. I could barely contain my excitement as we drove through the city at dusk.

Three months later, I visited Hillsong Melbourne for the first time and heard about the Worship and Creative Conference. It was not only my dream to attend Hillsong but to be part of what God was doing creatively. With my Centrelink money, I bought a plane ticket and flew to Sydney. I was hungry and every session fed me. I had so many God moments.

In one session, Pastor Bobbie said, “On your feet soldier.” It was prophetic. God was telling me to keep fighting for my dreams. In another session, Cass Langton held up her hands. Written on her palms were the words, gift and story. I remember thinking: God will use my gift and my story to encourage others.

Another standout moment was Jessie Hastings sharing about her journey with anxiety. I couldn’t stop the tears from flowing. I felt like I was being embraced by her words. When I returned from conference, doors of opportunity opened for me. I now find myself studying at RMIT – a Bachelor of Communications – something I could never have dreamed possible after never having completed my schooling.

A few months ago, I wrote in my diary again: “Dear God, thank you for allowing me to fall so I can rely on you. Thank you for putting me back together – stronger and more faithful and more in love with you. I don’t know where I would be without your love and grace.”

This year’s Creative and Worship Conference, November 5- 6 will be held 100% online. hillsong.com/wcc 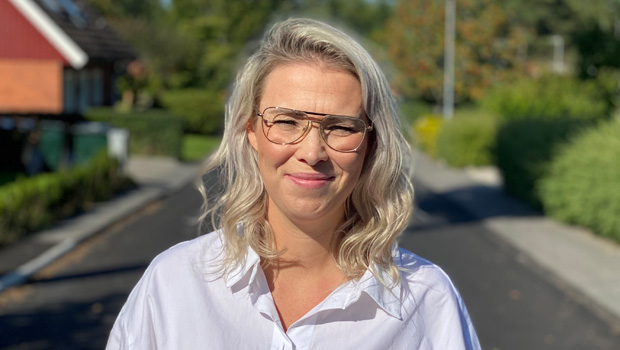